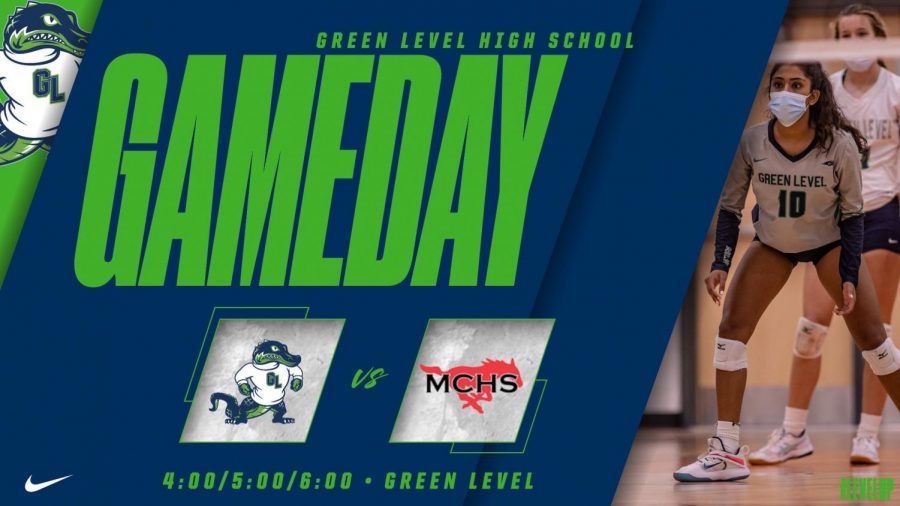 The Varsity Volleyball team completed another sweep over the Middle Creek Mustangs on Tuesday night. This win moves the Gators up to 8-0 on the season with their key win on the season over Cardinal Gibbons earlier in the season. The first set was the closest the Mustangs got by scoring 20 points to our 25. The next two sets were followed up by 11 points scored leading the volleyball team to another sweep.

The Gators overwhelmed the Mustangs with their height and skill, as they dominated the net lead by Ava Toppin and Halle Gibson. Morgan Downs showed a lot of versatility by using her power and strength to spike on the Mustangs, however on Tuesday night she showed why she’s going to South Carolina by diving and digging balls all over the court. The last stand out was Nicole DeOlivera as she played the Libero and was the glue to the gators defense, setting up her teammates and defending the spikes that headed her way.

The student section was going crazy as usual and the energy at the end of the third set from them was overwhelming as the gators closed out Middle Creek 3-0. The student section had the brooms ready to celebrate as the 1 hour and 45 minute game came to an end and helped advance the gators to an 8-0 record. I asked Ava Toppin and Nicole DeOliviera how they prepared for the game, they answered: “We watched film on previous Middle Creek games, we worked on serving zones to prepare for #15 on Middle Creek and we used the zones to prepare for their playstyle.” Clearly their preparation was on point as they ran through the Mustangs.