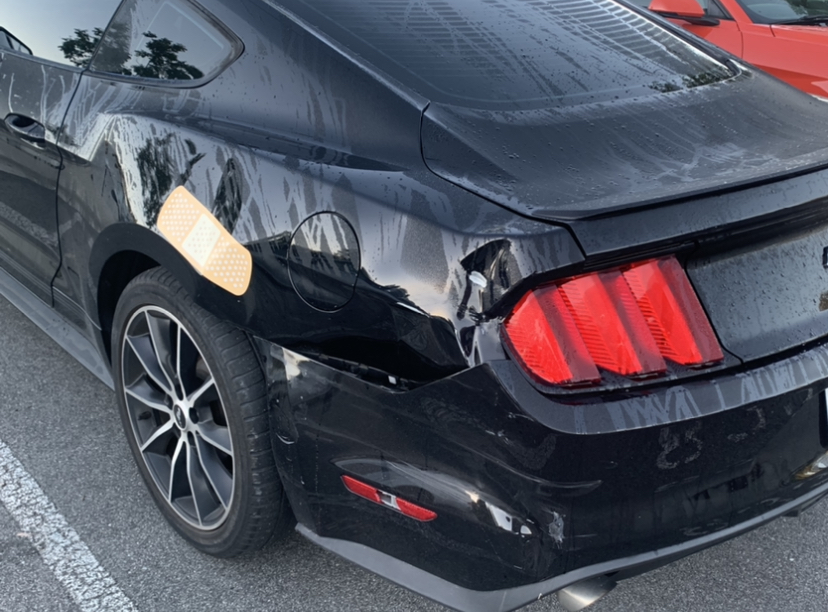 More than 90 people a day get in a car accident. 72% of car accidents result in property damage. 30% of accidents result from speeding, and 33% from reckless driving. 1 out of 3 people text when driving. As you can see when you get behind the wheel of a car you are putting yourself and others at risk and others are putting you at risk. Car accidents are not rare. At Green Level we have had a couple mini accidents, nothing serious but some bumper to bumper collisions or some rear ending. I decided to talk to one of my fellow classmates and interview him about his accident.

First thing in the morning, Gator Aidan Roistacher got in an accident. He was turning left to get into the parking lot, and it was a little backed up, the person behind him tried going around him and accelerated too quickly and hit the back left part of his car. Out of respect Aidan has decided to keep the name of this person anonymous, he said “ I wasn’t mad or anything, just a little annoyed because I had just woken up and had to deal with something serious”.

I talked to Aidan about how the school helped him and what that procedure looked like, he said that the school couldn’t really do much other than have the officer write a police report, and he stated that the police officer was very helpful. In the report there was a question about witnesses, and Adian just thought that was funny because obviously there were a lot of people around. He also said “My car still isn’t fixed because of the type, it takes a while to get the things to repair it”.

Other than some scratches and dents on the car, both Aidan and the other person are doing good. This story just shows that you have to be patient and make sure you’re paying attention, not only to what you’re doing, but also what others are doing. Because before school and dismissal people are in a hurry to get to class, or to get home. It’s better to be safe than sorry!