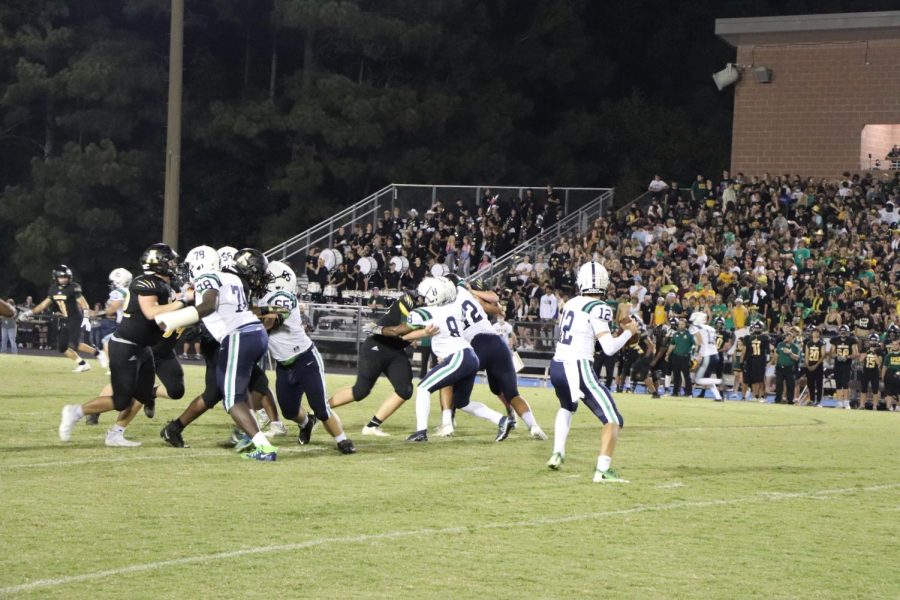 On Friday night the Green Level Gators and the Apex Cougars met at Apex High School for a Friday Night Football battle. Both teams started off strong with two long touchdowns in the first quarter. The defenses began to step up to end the half at 14-14. The offenses exploded in the second half. Late in the third quarter, the Gators had an opportunity to bring the game to one score but were stuffed which was the dagger in the back of the Gators. The game ended 27-42 bumping the Gators record to 1-5. The Gators are back in action on Friday vs SWAC number 3 ranked Holly Springs Golden Hawks.