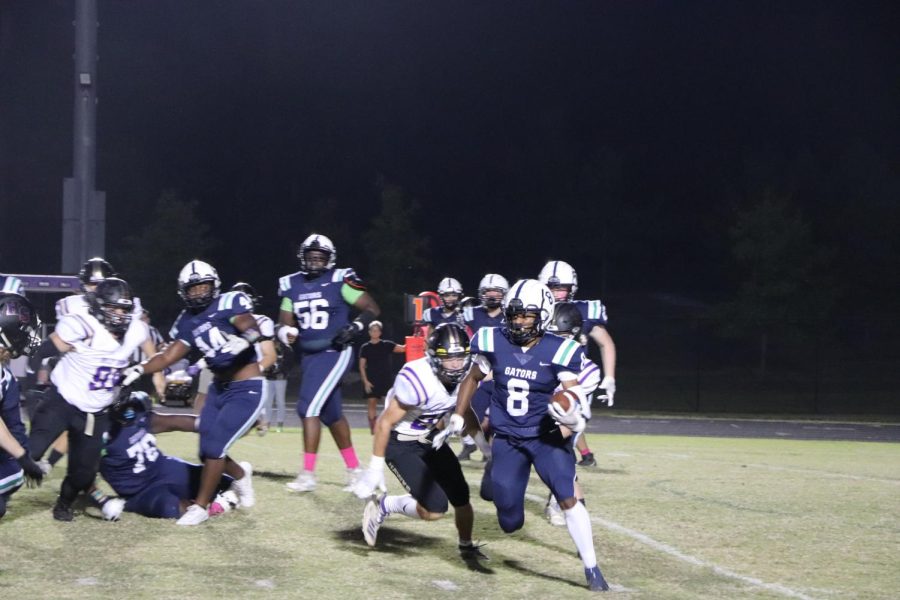 Cam Chatmon wards off a defender to get a first down

Due to weather issues coming in on Friday, the game between the Green Level Gators and Holly Springs Golden Hawks had to be moved up one day to Thursday.

Holly Springs was predicted to win by a large margin but Green Level was not hearing the noise. After a tough first quarter and allowing an early touchdown, the Green Level defense had to step up and they succeeded by not allowing any points for the rest of the game. However, late in the game, a crucial interception on the 25-yard line sealed the 6-7 loss for the Gators.

The Gators are now 1-6 and are back in action next week in a big rivalry match against the Panther Creek Catamounts on the road.