The Woolf is Taking Over the Swamp 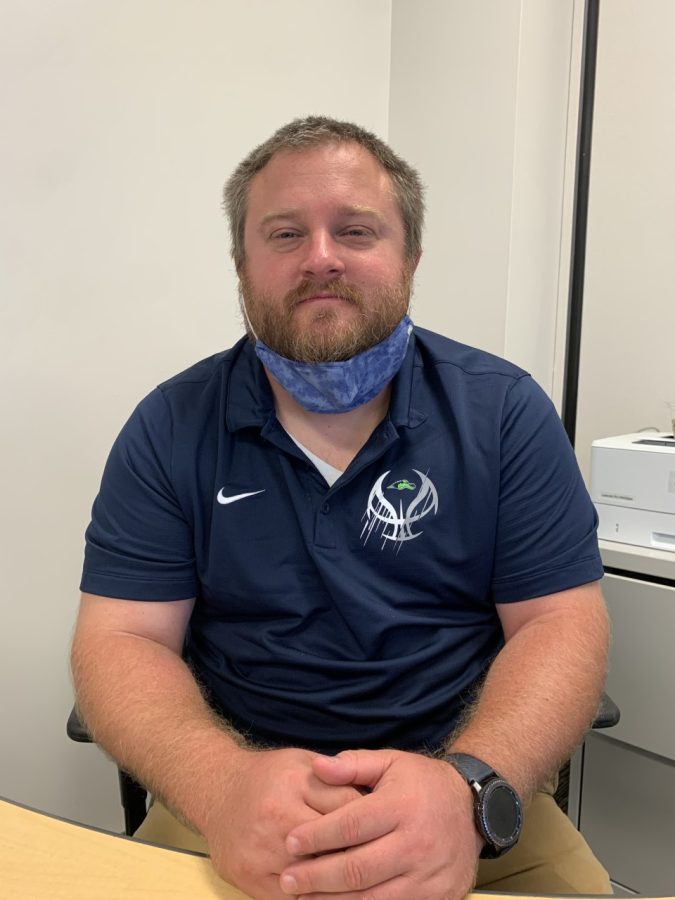 After the previous Coach, Coach Robinson, announced his retirement after last year’s season, Coach Woolf was eager to apply for this new role. He had been looking to potentially secure a head coaching position and this year will be his first year doing so for Green Level Women’s Basketball.

This is Coach Woolf’s third year at Green Level. He moved to North Carolina in the summer of 2018 and started off working at Athens Drive High School. While there, he was one of the assistant coaches for the Varsity men’s basketball team. Since being at Green Level, Coach Woolf has done a lot for the school. He has taught Microsoft classes, is the Varsity defensive coordinator for the football team, was an assistant coach for the Men’s Varsity Basketball team the past two years, and helped coach track last Spring. He is still a part of the football program and is now an ALC teacher and the Head Women’s Basketball Coach.

Here’s a little bit about Coach Woolf. His favorite TV show of all time is ER. He enjoys playing Madden and watching sports, tv, and movies. In his downtime, he likes to hang out with family and friends. He also likes to find new places to eat, so if you have a suggestion and see Coach Woolf around the school don’t hesitate to let him know!

Coach Woolf coached three years of women’s basketball in St. Louis Missouri at Kirkwood High School. He also coached a travel basketball team in Missouri as well, known as the Missouri Phenom, so this won’t be his first experience coaching women’s basketball. When asked what his goals were for the upcoming season he said “Our goal for Green Level Women’s Basketball is to improve the program every year and see what we can accomplish as a team and as individuals within the team.” The Women’s Basketball team has been doing preseason workouts for a little over a month now. Coach Woolf’s response when asked how they are going was “Preseason workouts are going really well. The young ladies have really stepped up to the challenge of coming early in the morning before school and also coming in after school to get cardio and weight room workouts in.”

Coach Woolf is excited about this upcoming season and I personally can’t wait to see all that the team will be able to accomplish. Welcome, Coach Woolf to Green Level Women’s Basketball!