The Topic I Would Like to Discuss is Homophobia. 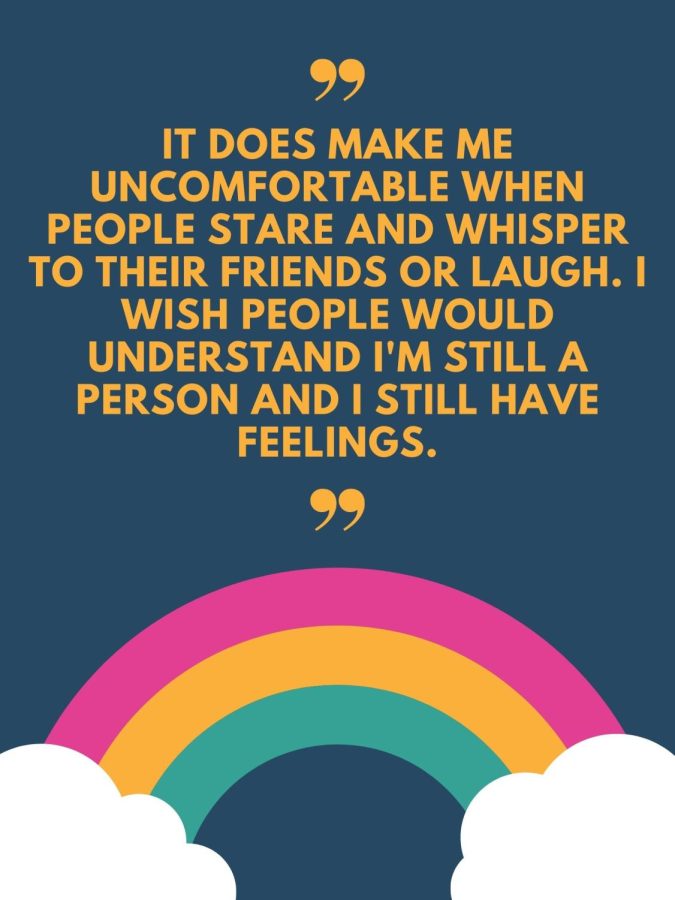 The opinions we form are rarely educated and rarely independent thoughts from our minds. Persuasion and manipulation are their own kind of peer pressure. Mainly developed from the people who raised us, the people we trust most. But sometimes, the way we are told to think is wrong and discriminatory. Honestly, the world would still be kind with different opinions. It’s the way we act out on those thoughts, portraying them in the most public and violent way possible.

The topic I would like to discuss is homophobia. The controversy behind this social injustice is indescribable. Why not accept and appreciate ourselves and the others around us for who we are and who we have become? Treating people unfairly because of the way they live THEIR lives is the way our world falls apart, the way we will meet our downfall. Why can’t we just let people be happy?

For some reason, homosexuality has always been controversial and viewed as “wrong” by some people. They blame their religion as the reason they’re against it, claiming it’s a sin in the eyes of God. Of course, people are entitled to their own opinion, but the hatred is truly affecting the LGBTQ community.

Today, according to WestEd,  almost 14 percent of both middle and high school students identified as having a sexual orientation other than straight (about 111,000 students), and about 3 percent identified as someone whose gender identity did not correspond with their birth sex (nearly 24,000 students).

Very Well Mind analyzes LGBTQ bullying in schools and describes the feeling as being “constantly tortured for something they can’t control. “90% of LGBTQ+ youths in school have experienced bullying or harassment based on their gender identity and/or sexual orientation. After a while, it gets to a point of severe depression, in fact: 30% of suicides are related to sexual identity crises. Horrible. These students are also five times more likely to miss school because of fear of physical and mental harassment; 28% are pushed to the point of dropping out of school as a whole. With social media, it makes it so much easier to get in people’s heads. Kids take on insane cyberbullying including text messages, posts, pictures, and so on. Most of them are reluctant to tell an adult about the troubles they are facing because they are unsure of what their response will be.

Anonymous LGBTQ student at Green Level says, “You would think at a school as nice as ours, we wouldn’t have problems with bullying and discrimination, but we do. Maybe people aren’t directly cruel or pushing us in the halls but their stares say enough. I express myself with clothing and I know my sexuality is discreet. It does make me uncomfortable when people stare and whisper to their friends or laugh. I wish people would understand I’m still a person and I still have feelings.”

The way that we treat people is a decision we make every day of our lives. It’s the way we get our reputation, the way we make friends, and the way we develop relationships. My point is, form your own opinions and treat everyone with respect. By looking deeper into the issue of homophobia, I can understand the inside perspective of the people experiencing the effects. With the way that society is today, it seems nobody can do anything right. Everyone is trying to be this perfect image and it will never be achieved. You will still be judged, you will still be put down. At the end of the day the only person that will always be there is yourself so might as well feel comfortable in the life you have. Therefore, be yourself and know that there are people that will stand up and help you when you fall. Love is love. Be kind.