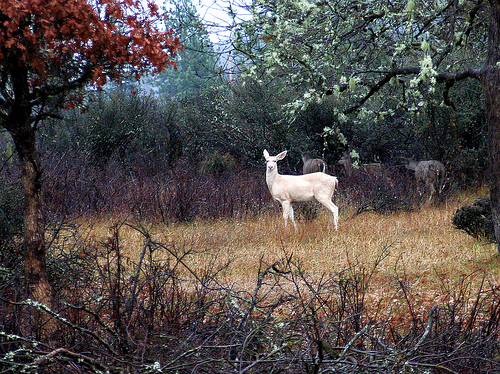 On August 27, 1587, Governor John White sailed from the newfound territory on Roanoke Island to return for supplies. He left behind the first settlement in Virginia’s new English colony, comprising 89 men, 17 women, and 11 children. One of those children was his granddaughter, Virginia Dare, the first English child born in the New World. These colonists were never seen again by the English. White had planned to return to the Roanoke colony the following year. Still, the danger of Spanish invasion from the great Armada of 1588, as well as the ever-changing politics of the Elizabethan court, delayed White’s return until 1590. When he arrived, the colony had been abandoned, with the only hint to the colonists’ fate being the name CROATOAN carved onto a tree. 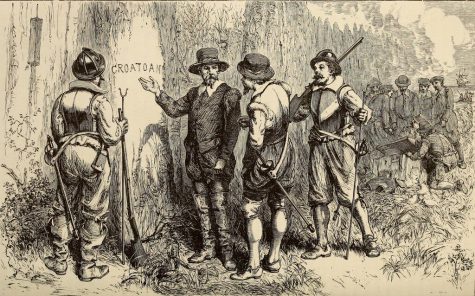 A nearby Island was the home of the English-speaking Croatoan Indian Manteo. Manteo and another Croatoan named Wanchese left their home in the Outer Banks and went with a group from 1584 back to England, learning English along the way. When they returned later on, they were to be essential communicators between the inhabitants of the island and the new people.

Wanchese, afraid of the Englishmen, conspired with a neighboring tribe to lead a surprise attack on the colonists. Manteo gathered the colonists fleeing for their lives for them to escape and join his tribe. Elanor Dare, Virginia’s mother, had the foresight to carve their destination in a tree, which she did as her husband lay dead of an arrow at her feet and her beloved child gripped into her arms.

Virginia Dare, who had grown up alongside the number of escaped colonists, was proposed by a sorcerer named Chico. After refusing, Chico cursed Virginia, transforming her into a white deer. Soon, the story of the white doe that can still be seen meandering through the areas of which are now the decaying remains of what used to be her home had spread to all the nearby tribes. Another man who had shown interest in Virginia Dare, Okisko, had noticed the white deer suddenly appearing just around the time that Virginia had gone missing. Knowing that Chico was familiar with dark magic, he quickly concluded that he was behind the cursing of Virginia Dare. So Okisko sought out the help of another sorcerer, one who taught him how to create a magical arrowhead that would undo the curse.

Wanchese had also heard of this legendary deer, but he did not know that it was Virginia Dare in the deer’s form. So Wanchese sought out to kill the deer to prove his worth as a warrior. Okisko and Wanchese both searched for the white doe for an extended period, one hoping to bring back her proper form and the other seeking out to kill her. Finally, they both came across a creature at the same time on the same day. As this happened, they released their arrows simultaneously, Okisko’s arrowhead undoing the curse on Virginia Dare and Wancheses arrowhead killing her.

Wanchese fled the island after seeing what he had done, and Okisko buried the body of Virginia Dare in the center of an old fort built by the colonists. Soon after, a vine sprung from the ground on which she was buried, sprouting grapes that were sweeter than what anyone had before tasted. This was known as the scuppernong, the grape from which North Carolina’s first wines were made.

While the fate of the Lost Colony remains uncertain, various versions of the story of Virginia Dare have been recorded since 1880 in the New York Times. In some stories, Virginia Dare is a deer with an unusually long lifetime which is eventually struck down by a silver bullet discharged from a Virginia hunter’s rifle. The white deer is a popular motif in English literary traditions, and it is frequently employed as a symbol of Christian virtue. Yorkshire has a similar rule about a young girl who is transformed into a white deer.

Sallie Southall Cotten wrote a book-length poem (1901), The White Doe, or the Fate of Virginia Dare. She wrote that Virginia Dare’s blood-colored the scuppernong grapes, contributing to the legend of the White Doe. This was most likely because The White Doe was used for advertising to help sell scuppernong wine. North Carolina was once one of the nation’s premier wine-making states, a sector that is just now slowly returning to prominence in the state. Garrett & Company was the industry’s leading light, with its line of scuppernong wines being among the most famous wine blends in America. Virginia Dare wines were the name of that line.

The legend of Virginia Dare was tied to the romanticized origin of the scuppernong grape due to Sallie Southall Cotten promoting the wine for Garrett & Company. By romanticizing the story behind the wine, it had more of an appeal to women due to the popularity of the patriotic tale. Unfortunately, Ms. Cotten’s mythology has outlasted its origins as an advertising campaign and even the wine itself. Although Virginia Dare wines were the first to be sold on radio, the tagline in their advertising, “Say it again! — Virginia Dare,” became one of the top renowned radio catchphrases during the 1920s, prohibition dealt with a blow from which Garett & Company never recovered.