As Winter Sports Near, Coach Green is Here! 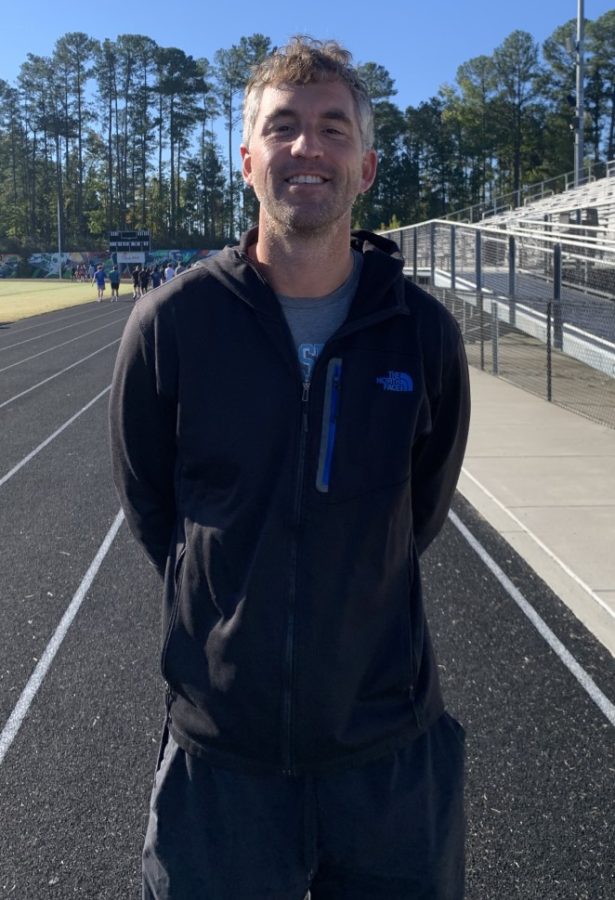 With fall sports coming to an end, winter sports are just beginning and you know what that means. Men’s Basketball! With tryouts a little under two weeks away, I thought it was only right to interview Varsity Men’s Basketball Head Coach, Coach Green, for insights into the season as well as insights into him as a coach.Coach Green is not only a coach at Green Level but teaches as well. He has been here for three years and he is currently teaching Healthful living honors and Team sports, but in previous years has also taught Pepi as well.  In his free time enjoys spending time with his family, especially his three little kids. He spends a lot of his free time with them, being at their different sports games and activities on the weekend. If he’s not doing that he he loves to spend time outside and go on trips. His current favorite TV show is Ted Lasso.

This will be Coach Greens 18 year coaching men’s basketball and he is exciting for what this season has in store. He previously coached at Green Hope High School for 15 years. Five years with the junior varsity team and ten years with their varsity team. While coaching there, he won multiple conference tournaments and won the actual conference itself. He is now going into his third year coaching Varsity Men’s Basketball here and hopefully in years to come he can accomplish similar things and potentially even more!

Furthermore, Coach Green played division two basketball at Barton College and has a lot of experience not only as a Coach but as a player of the game as well. He loves being able to compete and says he wouldn’t trade the experience of playing college basketball for anything. His coaches at Barton pushed him to do more than he thought he could. I asked him what inspired him to be a basketball coach and his response was, “I grew up with my dad as a coach and I have always loved sports and loved basketball. Playing college, I just wanted to be able to have my own team and help guide players through high school and help guide them through making big choices.”

“Preseason has been really good. Everybody has been working hard. We’ve got some older guys on the team that have worked harder then any players I’ve ever had in the past. We’ve certainly got a lot better, even just from the summer. We’re bigger, stronger, and faster. We had a good summer but we have got a lot better since then so I am excited about how things have been going.”

As preseason is winding down, I talked with him about what his goals were for the season and he said, “To get the first win in Varsity Men’s Basketball history out of the way early and from then on not only be competitive as a team, but to win games and compete with other teams, to be above 500 non-conference, and compete in night in and night out with teams.”

Men’s basketball is looking to make a run this year and with the help of an amazing Head Coach and coaching staff, this might be their year. I am very excited to see all that Coach Green and the team will be able to accomplish this year. Year three for Coach Green, it’s go time!