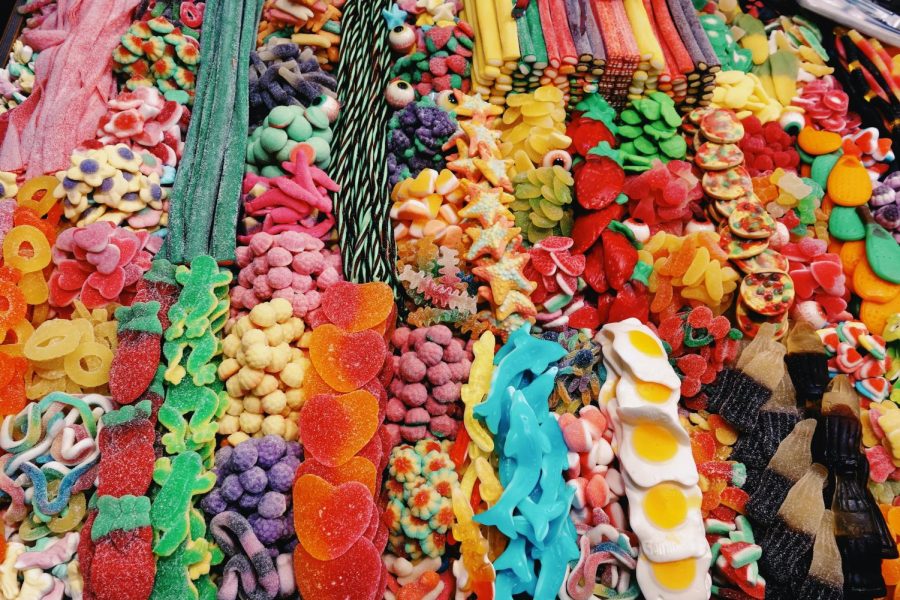 So many candies, but which ones are the best? Image from Unsplash.

Halloween’s coming up and candy’s being bought left and right! But which candy is the most popular? Least popular? Keep reading to find out!

Skittles are the next favorite in North Carolina with their delicious flavors and fun colors. People like to rank the skittles based on their flavors. Here are the top 5: At fifth place stands the sour lemon flavor. Everyone likes sour flavors and lemon is the sourest! Fourth place is just simple lemon skittles. In third place comes the black cherry flavor. The second place is apple and the first is melon berry!

People love M&M’s because it’s literally melted chocolate! However, you can also make personalized Halloween candy; that’s why M&M’s are so loved.

Starbursts are often eaten on Halloween and last year hit a definite low in the economy. People love the pink flavors the best and no one can understand why. What people do get, though, is getting addicted to them after one bite.

Hot Tamales definitely don’t have as many fans as the ones that come before it, but people seem to have taken a shine to it because of its spicy flavor and cinnamon taste. They were introduced in 1950 and have been going strong since.

Sour Patch Kids are both sour and sweet and people all around the world depend on them as a quick snack. Sour Patch hits your mouth with both sour flavors and sweet flavors which makes this candy the most advanced in the business!

Hershey Kisses have been around forever and won’t be disappearing anytime soon. People love them for their simple, familiar shape, but also because it’s chocolate!

People love Snickers because they mix caramel, chocolate, and nuts. The mixture that hits the mouth, when biting into it is addicting to most people. Snickers were introduced to the world in 1930 and have been around for a long time.

“The world may never know”. With this quote, Tootsie Pops have been around us for a long, long time. They are very controversial; with many people who hate them, but many people who love them.

Candy corn is a staple for Halloween. Many people claim that Halloween without candy corn is simply not possible. With its three colors and distinctive flavor, the sweet will undoubtedly make an appearance this Halloween.