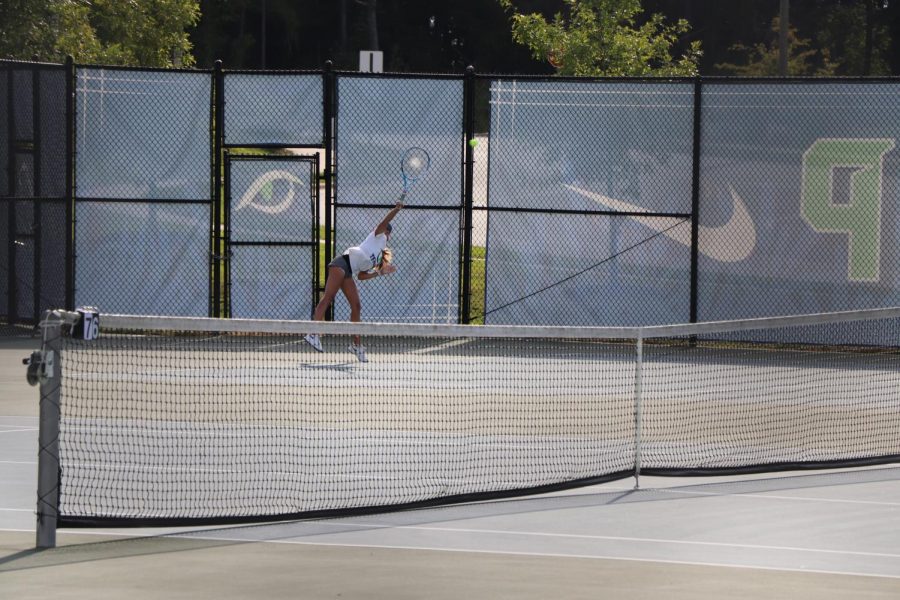 The women’s tennis team had their sights set on the regional championships at the Pinehurst Tennis Club. They tore through the first three rounds and were set to square off against East Chapel Hill. Since the top four teams make states they were only playing for the championship and seeding. After dropping the first set, they came back to win the second set. They ended up losing the third set and placing second in regionals while earning a bid to the state championships on Friday.

We got a chance to speak with Ariana Mohan on getting a states bid, “I’m very excited to go to the State championships with Diya again and we have been practicing a lot recently. Hopefully, we will be able to make a good run because Diya is graduating.”

Best of luck the Diya and Ariana as fall sports look to claim the first ever State Championship for the Gators!