Gators Walk over Millbrook Wildcats, Move on to the Elite 8 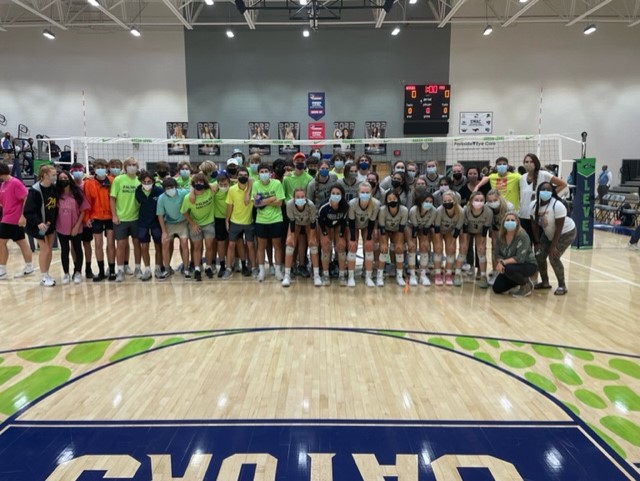 In the Round of 16, the Gators were matched up with the Millbrook Wildcats at home. With the Elite 8 in sight, this game had insurmountable importance for the Gators. Millbrook was just off an impressive 3-0 sweep of a Green Hope side riddled with injuries. The gators had not lost a game since September, and never at home.

The game started off intense, with a first set where a winner could not be defined until late on. Tied at 23-23, The Gators took the final two sets to take a one set to none lead. This set showed the gators would have to bring their best stuff in the upcoming sets, playing a team with a lot to prove.

Going into the next set, The lady Gators wanted it more than the Wildcats, gaining a huge 23-7 lead after only a few minutes. The Gators took this set as well, bringing the lead up to two sets to none.

In the third set, lots of good defensive plays by The Wildcats resulted in their first set win against The Gators. This is the first set Green Level has lost at home all year, what a streak!

Before the fourth set, there was some rowdiness from both the Wildcat parents and the Gator Goonies. With some chanting from both sides, both teams were revved up for this set of action. However, as loud as the parents’ chants were, they could not inspire a set win by the Wildcats, with the gators taking the fourth set with ease. The Goonies was full of new celebrations, with a part the sea, bowling pins, and my personal favorite, the bow and arrow of the crowd performed by Abhiram Bolisetty. We talked with Abhi about the impact of the student section. “It is huge,” he said. “It shows that we have the players back’s and if they make a mistake, we are there to support them”

The game was an exciting one, with nonstop spikes and huge saves coming from both sides. It was a great performance from all players, but there were a few players that really shone, one of whom being Olivia Hummel. When asked about how the game went, Olivia said, “It was pretty good. We came together after the loss of the third set. The seniors really showed leadership, telling us that we needed to do our best, and make sure it wasn’t their last game.” When asked about the “MVP” chants, Olivia said, ”It was unexpected. [It helped me] feed off the energy of the crowd more” Congratulations on a huge victory Gators!

There will be a highlight reel on the Hays and Hall Productions Youtube Channel soon! The gators take on Cardinal Gibbons at home this Saturday. Every person helps, so come out and support them!