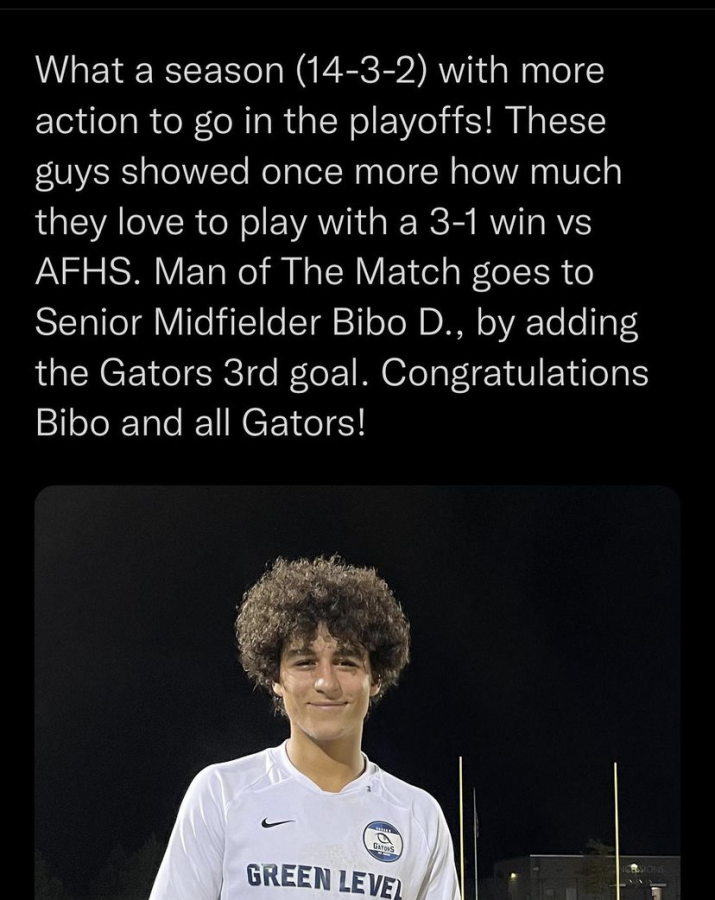 The men’s varsity soccer team capped off a historic season with a 3-1 win over Apex Friendship. The Gators took the Patriots on the Wednesday (10/27) which may have played a role in why the Gators came out a little slow in the first half. The Patriots clearly remembered the score of the last meeting (6-0 in favor of Green Level). Apex Friendship came ready to play and netted the first goal of the game to give them their first lead against the Gators this season. Josh Murray broke free on a pass from Braden Anghie towards the end of the half and tied the game up.

The Gators came out with a lot more energy in the second half and about 15 minutes in, Josh Murray found the back of the net again to give the Gators the lead with a score of 2-1. The Gators did let off the gas pedal and a couple of minutes later Matthew Stone found Bibo Dessouky for a header to extend the lead to 3-1 for the Gators. The final score after a tough fight from both teams was 3-1.

Green Level has their first playoff game in school history on Monday against Jordan High School. The Gators ended their regular season with a record of 14-3-2 and look to build off this momentum into the playoffs.