Chernobyl and the “Silent Monster” in my Backyard 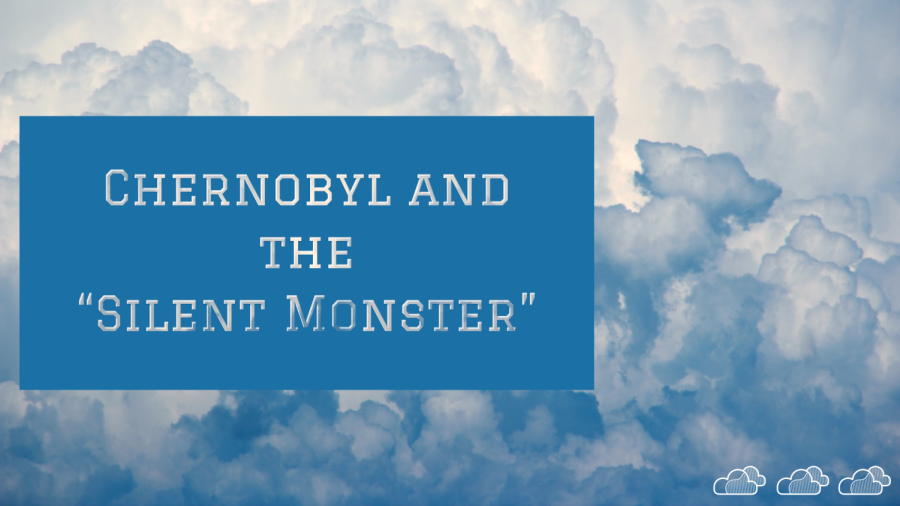 There is something deadly sleeping outside my mother’s bedroom window, and a toxic cloud could once again spread over Ukraine as it did when she was just a child… It’s only a matter of time.
Saturday, April 26, 1986:
Ukraine was not an independent country in the 1980s. It was still part of the USSR and one of the 15 republics under Russian communist rule. Ukraine was surrounded by communist propaganda from the cradle – no family was allowed to go to church or praise anyone else but the communist party’s political leaders. Bibles and other books that may have taught you to think independently were confiscated and burnt. There were big posters of the communist leaders everywhere you went – on many buildings, in offices, in schools. Vladimir Lenin, Joseph Stalin, and Karl Marx were statues in every city and even small towns.

As if living under Communists rule wasn’t enough, a most tragic event took place on Saturday, April 26, 1986 that forever changed the lives of thousands of people. A nuclear reactor’s design flaws and failure to follow security protocol led to an explosion. This explosion was followed by another, the first caused by an excess of steam and the second influenced by hydrogen. Finally, according to the Nuclear Energy Agency (NEA), at 1:23 am, reactor four was destroyed, causing radioactive debris of reactor and fuel materials to rain over the area.

Meanwhile, the fire from the explosion spread rapidly to nearby buildings and housing. Two plant workers were killed in the initial blasts. The death toll rose quickly over the next few days as emergency services struggled to stop the flames and radiation leaks. In addition, plant workers succumbed to radiation sickness. The initial fire was put out by 5 am, but the inferno fueled by graphite took ten days and 250 firefighters to extinguish. All the while, toxic pollutants continued to be blasted into the atmosphere for another ten days.

Within three months of the Chernobyl disaster, 31 people died due to radiation exposure or other direct impacts of the tragedy. In addition, between 1991 and 2015, up to 20,000 thyroid cases were detected in kids under the age of 18 in 1986. Thus, while there may be additional cancer cases among emergency responders, evacuees, and residents throughout their lives, the known overall rate of cancer deaths and other health problems directly connected to Chernobyl is lower than was previously predicted.
Keeping it a Secret:
My mother grew up in Western Ukraine, in a town called Nitishin, where my Grandparents still live to this day. In the USSR, multiple towns and cities were built by exactly the same plan, since there were no private builders and the state designed everything. According to my mother, “Netishin was known for having a nuclear power plant, and much of the town happened to look exactly like Chernobyl – same buildings placed in the same fashion, the stores in the same exact locations, etc.” By the 1980s, Ukraine had already been under Russian rule for more than 60 years, and many people didn’t question the government because that was all they knew.

My mother shared with me the sad state of affairs in Ukraine during the 1980s which made their secret-keeping all the more understandable. “There was no outside information coming in – foreign movies and tv channels were banned, the news channels were only the ones established by Moscow. And those citizens who questioned the Russian rule were severely punished – you lost your job, were made to relocate to remote, unpopulated areas in Russia, many were sent to work camps in Siberia, and thousands went to prison. People were afraid, and many conversations were done in whispers.” The choking grasp that the Soviet Union had on Ukraine was slowly suffocating its citizens and something was bound to happen.

She continued, “When the Chernobyl accident happened on April 26, 1986, the biggest problem became the fact that the country leaders decided to hide this information from the population. The toxicity of the radioactive cloud from Chernobyl was equal to 400 Hiroshima bomb explosions. Still, in the following weeks, people in Ukraine were living their lives as normal – taking walks to enjoy fresh spring air, sleeping with open windows because the winter was too long and now the weather was so nice.”

The radioactive materials continued to spread over southeast Europe, and more than 77,000 square miles (200,000 square km) of land were contaminated in varying degrees. Because the predominant winds were from the south and east at the time of the disaster, much of the radioactive plume drifted northwest toward Belarus. Despite this, Soviet officials took a long time to inform the rest of the world about the extent of the crisis. When radiation levels in Sweden raised concerns three days later, scientists there could determine the approximate location of the nuclear disaster based on radiation levels and wind directions, forcing Soviet authorities to reveal the full extent of the crisis.

As my mother’s life went on, she learned more and more about the USSR and its secret-keeping. “Whole populations of European countries were being poisoned, but the USSR leaders kept their silence. Spy satellite photos eventually provided US officials with a glimpse at the devastation which occurred after the explosion.”
Backyard Nuclear Playground:
My grandfather worked at the nuclear power station as an engineer. My mother’s family decided to move to Netishin because the towns which had nuclear power plants provided a little better standard of living – “you had electricity year-round, hot running water in your apartment, and the pay for those who worked at the plant was above average.”

As a child, the gigantic volcano in my mom’s backyard seemed to be something just as normal as waking up for school in the morning. She mentions, “When I became a teen and wanted to spend more time outside with my friends, we’d walk to the area which had huge water pipes going towards the nuclear power plant, and we’d sit on those pipes and talk for hours. Sometimes we ran on top of the pipes racing each other and playing other games.” When the event happened, nobody knew the magnitude of the disaster. My grandfather came home one day about two weeks after Chernobyl happened, saying that he may be sent to the Chernobyl area to help with clean up and investigation after the accident. Luckily for him and our family, he fell sick with the common flu and did not end up going.

My mother now refers to the nuclear plant as a “silent monster,” something she never thought of as a dangerous and scary being when she saw the plant every day outside her bedroom window growing up. Even after Chernobyl, my grandfather never considered quitting his job at the plant and retired not too long ago after working for over 30 years.

Even now, many years after the disaster, many young people in Ukraine developed cancer, and many babies are born with deformities. My mother always tells me about her best friend that she lost to cancer. “My best friend died from cancer when she was 30 years old, leaving behind a 2-year old daughter. The horrors caused by Chernobyl will be haunting us for years to come.” I grew up seeing pictures of her and hearing fun stories about their lives together that have stayed with me over the years.

Even today, safety regulations and security protocols have yet to be improved since the tragedy of April 26, 1986. My grandfather was informed that they made changes to ensure better safety at the nuclear power plants, but do we have any evidence showing how to prevent more of these disasters like Chernobyl? Where is the proof? It’s only a matter of time before this dormant volcano in my mother’s backyard causes another fatal disaster in Ukraine.