A new first for Green Level marks a final chapter for the first graduating class. 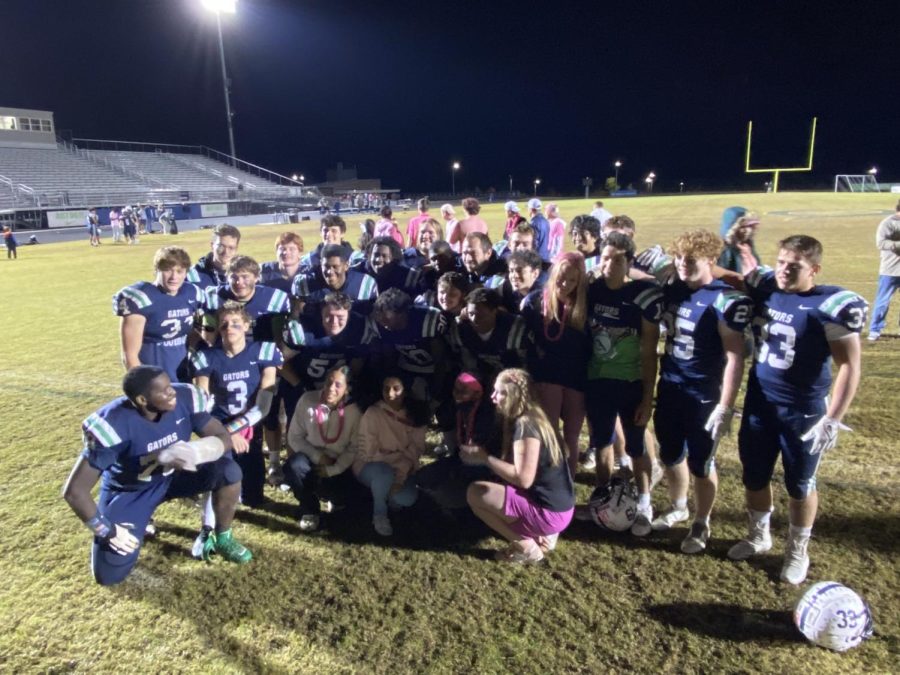 This past Friday, October 29th marked another first in Green Level history.

The night started with senior night ceremonies for the football team, band, cheer, sports medicine, and others.

Then the game against Apex Friendship was underway. The Gators tried to trick the Patriots off the bat with an onside kick, unfortunately, it came to no avail as a Patriot player managed to get on top of the ball. A few plays later the Patriot quarterback Dustin Veach found wide receiver, Ashton Locklear, for the first touchdown of the game. The Gators would respond quickly as Cody Cross took a 31-yard run to the house just a couple of minutes later. A high-scoring first quarter ended 7-20 in favor of Friendship. The Gators were unable to recover as they gave up two more touchdowns, and trailed the Patriots 13-34 at the half.

The final score of the game was 26-47 Apex Friendship.

All four touchdowns scored by the Gators came from seniors.

Players came out on Twitter after the game to comment on the season. For seniors like Blair Alexander, it was a reflection on his time playing football at Green Level. “I am forever grateful for this team y’all made me what I am today y’all helped me find my love for this sport I can’t thank the staff enough, sticking with me for 3 years and trusting me to produce for the program,” he stated. Junior Matt Pickover commented, “I am very thankful that I got to play alongside the seniors and coaching staff that we had this year and am excited to see what next year brings for us.”

Congratulations to everyone involved, especially our seniors who helped build Green Level Football — our football program has a bright future.