Ava-Marie Callahan, the Next Big Thing!

SWAC Conference Champion and Student Athlete of the Week 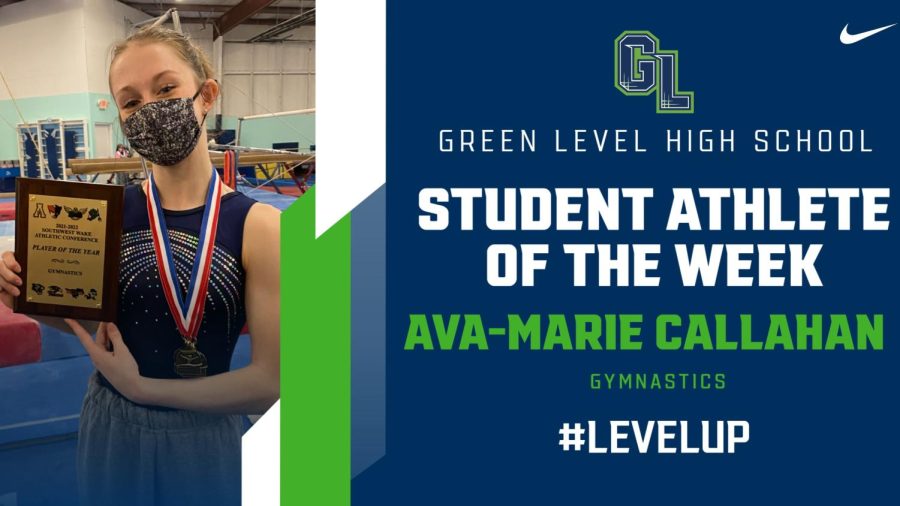 Ava-Marie is a freshman at Green Level High School who competes on our gymnastics team. While being new to the school she is already making a big impact. Not only has she been named this weeks Student Athlete of the Week, she was also SWAC Conference Champion as a freshman.

Ava started gymnastics when she was three years old and since then it’s been a big part of her life. She’s been doing it for 12 years now and trains 22 hours a week. She competes for the club TAG: Team Attraction Gymnastics. She explained to me that she is a Level ten in club gymnastics, whereas High School is more of a Level five or six, leaving no wonder as to why she is excelling. Her goal is to ultimately continue her gymnastics career in college at her dream school, UCLA.

When asked about how she felt being named student athlete of the week she said, “It was really exciting. I wasn’t expecting it, especially being really new to the school and new to the team it was a really exciting accomplishment.”

She also talked to me a little about the meet where she won SWAC Conference Champion:

“The meet itself was really fun because I was able to compete against and with some of my club teammates. It was pretty cool to see them in a different environment. We were all pushing each other and cheering for each other. In the end I think we were all just excited for each other.”

Congrats Ava on all your big accomplishments and best of luck this weekend at States!