Wake County Needs to Step Up. 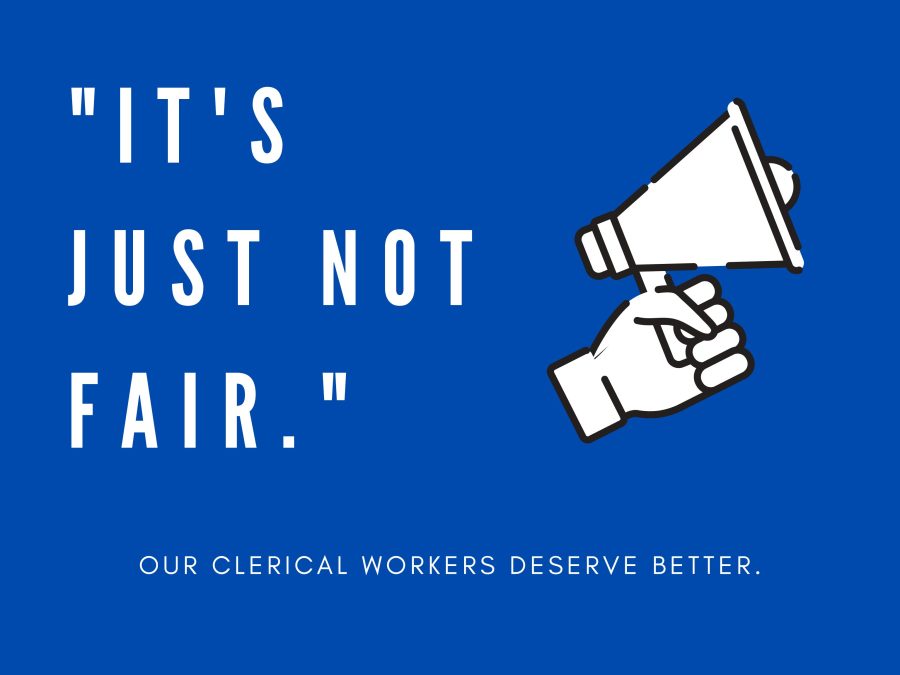 Across the nation, the COVID-19 pandemic has had a large impact on several different types of education system employees, specifically clerical workers – and it’s not discussed nearly enough.

At the beginning of the school year back in August, schools from all over the country were experiencing major problems with a bus driver shortage, contributing to a staffing shortage categorized as “severe” by 25 percent of district leaders and principles. During the school year of mostly remote learning from 2020 to 2021, several bus drivers had been furloughed or laid off. After going out and finding different jobs, it’s been increasingly difficult for school districts to recruit these numbers for the year back to in-person learning.

Different districts and schools were scrambling to solve this problem. The Associated Press reported that, “A Montana school district is dangling $4,000 bonuses and inviting people to test drive big yellow school buses in hopes of enticing them to take a job that schools are struggling to fill as kids return to in-person classes.” It didn’t stop there — from paying parents to having kids walk to school, the bus driver shortage was quickly blossoming into a national crisis.

Wake County has also been on the receiving end of these struggles. If you’ve listened to our bus route podcast, you will be familiar with some of the route difficulties that both kids and drivers alike have faced this year. Routes have had to be doubled in order to make up for the shortage of bus drivers, taking up more time and doubling the workload of the remaining drivers. Bus drivers were already overworked and underpaid; with COVID-19’s disastrous effects, many of these conditions have been worsened—and that’s why these drivers were fighting for their fair due.

On Friday morning, October 29th, 200 out of 600 school buses did not run their routes according to the Wake County Public School System. Bus drivers from all over the district went on a strike against “low wages, long hours and staffing shortages”, a justified protest for improved treatment. The effect of the lack of drivers was significant, and many started to understand the criticality of bus drivers in our daily lives. Superintendent Cathy Moore sent out a letter on that day stating, “Today our bus drivers shone a harsh light on this reality. Many of them are expected to drive up to six routes a day — twice the amount considered normal — with no additional pay.”

On Monday, November 1st, it was reported that 160 bus routes did not run within Wake County, preceding the school board conversation held on Tuesday which discussed the difficult conditions that several staff members are facing this year. According to CBS 17, the Wake County School Board  “…approved one time bonuses of $1,250 for all full-time staff members, increased the salary supplement for teachers and other certified staff by 1 percent and raised minimum pay for support staff to $13 an hour…”

The board stated that while this may not seem substantial, these actions were a first step that will be worked to further with more help from the state after passing a budget. Wake County school board chairman Keith Sutton backed the decision, saying, “Some would say we’re not going far enough; we’re not being bold. I think our decision tonight, to go this alone without the state’s help is a bold move on our part, and again we wish that we could do more and I think more is certainly coming.”

Not all are in agreement about the effectiveness of the board’s verdict, however. An anonymous staff member challenges, “The pay is not enough, and this has been an issue so I don’t know why they keep trying to push it off on the state.” They go on to elaborate with, “Because you also have other counties finding ways to supplement their income…so why can’t Wake County do the same thing? They have money…It was kind of a slap in the face for them to give everybody else a raise but the drivers. We have to wait until December for the state to make a decision, when the state is not guaranteed to give any money.”

So, you’d think that because bus drivers are being put on the back burner, hopefully other staff problems are being acknowledged and sorted out, right? However, cafeteria workers from over 30 Wake County schools were expected to call out as a strike against their own poor pay on Tuesday, November 16th. As this is right on the heels of the bus driver strike, many are now questioning Wake County’s treatment of their clerical workers, such as food service, couriers, drivers, and custodians. An anonymous Green Level 9th grader at expresses her support for these workers, stating, “I think they deserve a higher pay. Apart from teachers, these workers get paid so much less and they have so much work to do. It’s just not fair.”

Wake County will hold a meeting to consider $3,750 bonuses for employees and increase in base pay for substitutes Tuesday night. These bonuses will be carried out in three $1,250 parts in January, May, and November if approved.

But is it enough? Thousands of workers and especially clerical ones across school districts receive salaries less than $13 an hour, and these bonuses may not amount to much in the long run.

These workers are an underappreciated blessing for us all, and it’s disappointing how their problems are continuously put off despite these calls for change. Clerical staff have been on the receiving end of unfair and expendable treatment time and time again, despite being an integral part of our school system. While there are steps being taken, there is still so much more we can do – and you can use your voice to help. Advocating, raising awareness, promoting; it’s necessary to stand up for these people who are so important in our daily lives.