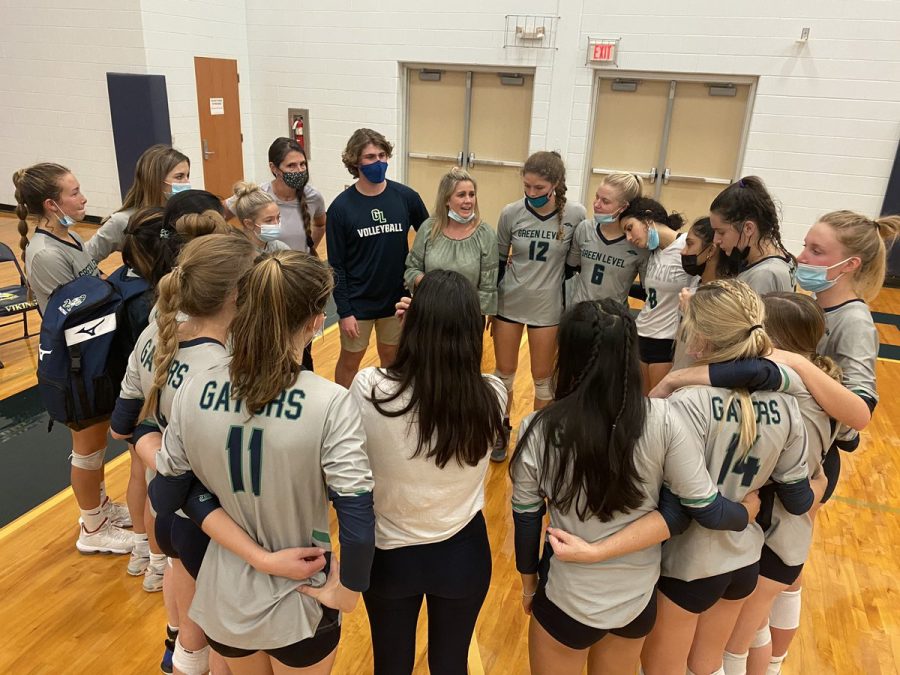 The Green Level Volleyball girls have faced trials and tribulations on the road through the regular season and the playoffs. They started out strong being undefeated until they entered the Falcons nest, unfortunately they couldn’t come away with the win. They continued their incredible streak until the 14th of October, setting up a rematch with the Green Hope Falcons for senior night. The Gators came away with the win, sweeping the Falcons 3 sets to none, and starting an undefeated streak that lasted up until now. Having overcome difficult opponents like Cardinal Gibbons and D.H. Conley, the Gators are looking to take the State Championship title over the Charlotte school Ardrey Kell.

Ava Toppin, one of the captains on the varsity team had some thoughts regarding reaching the state championship and other facets of the season and the matchup. When asked about how she felt about the game, she states that she was “very excited … but also a little nervous.” When asked to elaborate, she said: “I have very high expectations for tomorrow, everybody, will give it their 100%. It’s the last high school game for the seniors” — When asked about Ardrey Kell, Ava said: “We know they have a really great Oklahoma commit, and she will be basically unstoppable …”  It will be essential to shut down the the rest of the team. Finally, we asked Ava what it would mean to win the first State Championship in Green Level history “For me, winning the state championship is a goal that I’ve been seeking out ever since I got to Green Level … We’ve worked so hard from being seen as the underdogs to making it all the way to the championship. The two five set wins for us were really big. That let us know that we deserve this. Volleyball is a physical game, but it’s also a mental one too.”

With the big game coming up on Saturday at 4:00, the Gators will get to play in Reynolds Coliseum at N.C. State. With massive student turnout expected, this will be one for the books.