GL Forced overtime against the #1 seed in the 4a East. 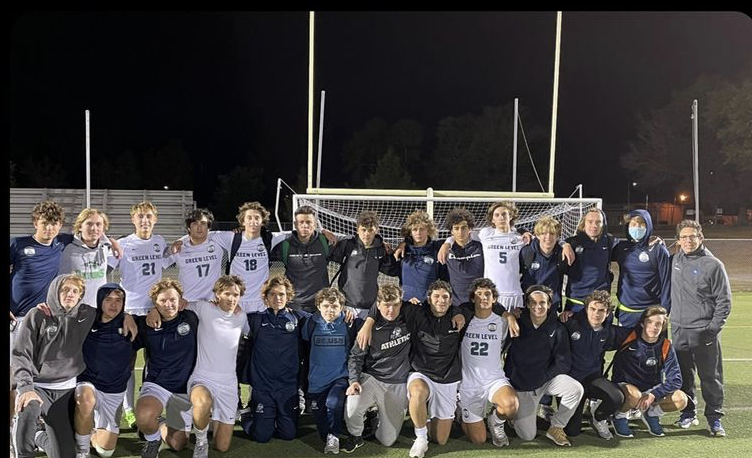 The Gators took on The New Hanover Wildcats in Wilmington on Thursday night. The Gators entered the night as the 17 seed with a first-round win over Jordan, the Wildcats were the 1 seed in the tournament defeating Pine Forest in the first round.

This game was a battle through the entire 100 minutes played between these two teams. The first half ended with a score of 0-0. 25 minutes were played into the second half to determine the first goal of the game and it belonged to the Wildcats off a corner kick. The Gators were not going to go down that easily as 2 minutes later they sliced through their defense and the equalizer belonged to Senior Captain Braden Anghie. The clock hit triple 0’s and the game was tied 1-1.

The Gators and Wildcats were headed to overtime where Green Level is very familiar with as they had 5 overtime games in the regular season. 4 minutes in, the Gators give up a free-kick right outside the box and the Wildcats took advantage of it and broke the tie. The first half of OT came to an end with a score of 2-1 New Hanover. The second half of overtime started fairly similarly as 3 minutes in number 10 for the Wildcats got a little bit of space and scored his second goal of overtime for them. The Gators threw everything at them at the end of the game but could not get the result they were looking for. I asked Nicholas Pucci what it was like playing a team from Wilmington and what their playstyle was, he said: “It was nothing we weren’t accustomed to because they played a very similar playstyle to Middle Creek where they kick the ball over the top every time and try and get their fast forwards to run past are center backs.”

The Gators ended their historic season with a record of 15-4-1.