Countdown to Tip Off 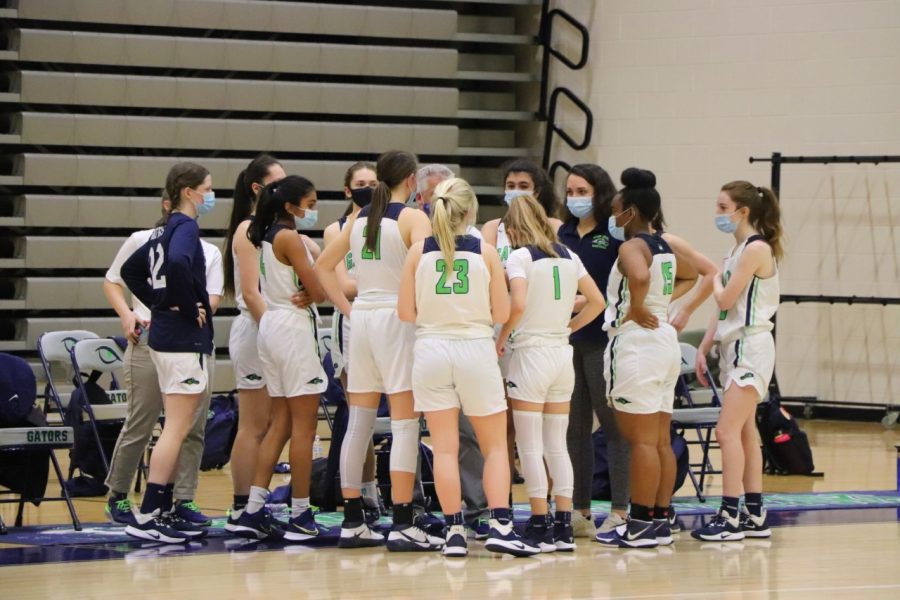 Fall sports have finally come to an end with Volleyball having their last game Saturday and winning the State Championship. When fall Sports end, winter sports begin!  That means men’s and women’s Basketball are back an action. Both teams took advantage of their pre-season this year which they lost during last years Covid season. They worked extremely hard in the weight room, during outdoor conditioning, and on the court when it was available. When Nov. 1 hit both teams were already faster, stronger, and all around better as a whole.

Men’s Basketball will prepare to take the court for their first game this season on Nov. 23. While their past two seasons haven’t been what they had hoped for, with new faces and with returners having developed more as players they hope to have a much better season this year. Senior Tyler Coffee talked to me a little bit about the teams pre-season saying that it went fairly well. During the summer they played in the Bermuda Run Tournament and also played both Athens Drive and Sanderson High School. They went undefeated at the Bermuda Run Tournament and beat Athens Drive. Since these games were just scrimmages there was no overtime and they tied with Sanderson having a competitive game with them. He mentions that their pre-season allowed them to become faster and stronger, but also understand and get to know one another outside of the court.

With a lot of new faces this year, Tyler goes onto describe the personnel of the team. One player he mentions that will bring versatility to the team and make a big impact is Freshman Isaac Ericksen. He is 6’7 and lengthy. He is not your traditional big man. He has guard-like abilities but also brings height to the team. Some returners that have developed in the off-season include Trey Manhertz, Braden O’Donnell, and Liam O’Donnell. Some players that were new to the team last year who made an impact include Tye Cain and Ivery Cotton-Upshaw. They also have multiple returners that I did not mention and new faces who will help propel the team this year. Tyler explained to me that some of the teams Goals for the season include getting more wins under their belt and establishing a great team atmosphere. They hope to go on a win-streak from the start of the season to give them momentum entering conference play.

As for the Women’s Basketball team they will prepare to take the court for their first game Nov. 27. They had an amazing season their first year, but took a step back during the Covid season. Senior Maria Savvun talks a little bit about that saying:

“Last year was harder because there was less games making it harder to make playoffs. One of our starters from the previous year was injured last season, so we were missing a big piece of our team. This year we have a full team and the players on our team have developed a lot more. We are in a lot better shape this season to do well.”

As for their pre-season Junior Audrey Ericksen says that she thinks pre-season went really well and the team got a lot better. She goes on to say that pre-season was very competitive and the high intensity of the pre season workouts have carried over to what is now practices. She says that Coach Woolf made sure players were held accountable during pre-season and that pre-season allowed for knowledge as to what the teams personnel was like and built team chemistry. As for the teams Goals for the season Ericksen says “We definitely want to challenge ourselves to make playoffs with the end goal being States. We want to get better as a team and with a lot of Seniors on our team I feel as if we can really do something big for this school. We made history as a team our first year and I feel like their last year we should make history as well. In doing so we hope to set ourselves up for success next year.” She mentions that Green Level Women’s Basketball is still seen as the underdogs to a lot of schools so the team hopes to pull out a lot of upsets and win a lot tough games. They hope to have a strong team atmosphere and do big things.

I wish both teams the best of luck this season!