The Reality of Cancel Culture 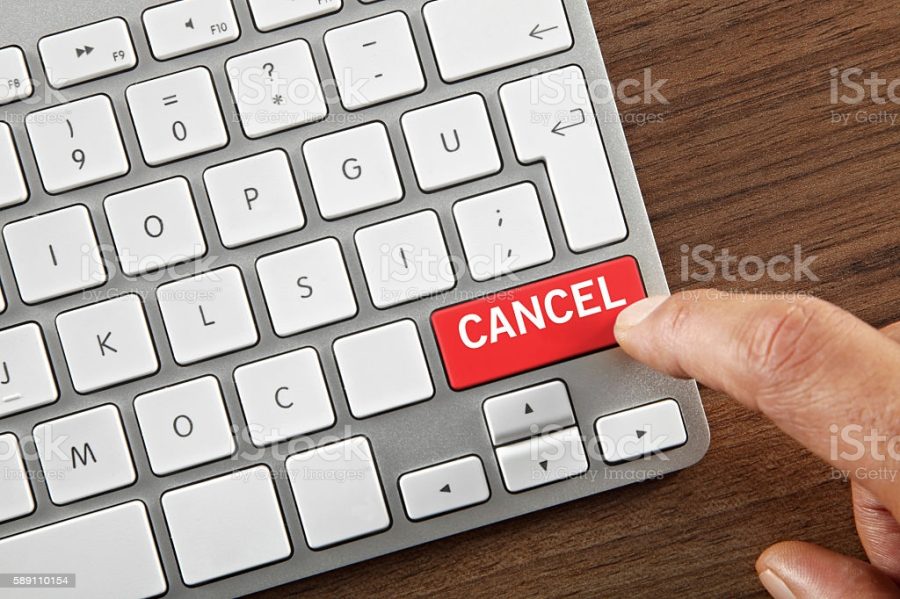 Do we live in a world where people’s lives and careers are ruined because they do not accept them for the way they are? When people are “canceled,” they are entirely blocked from having a career, being successful, or being known on a public platform. It is a public backlash, generally taking place on social media when people have a strong opinion on a subject and tell others to block and unfollow the victim, post hate comments, and harass them and people they know.

“Cancel” or “callout” culture follows a familiar pattern: a celebrity or popular influencer posts on social media, and they are called out for their political views, “rude” comments, looks, outfit, routine, actions, etc. When this “cancel” happens, celebrities can lose millions of followers, receive death threats, have their loved ones and friends harassed, sent threats for being associated with them, and worse. Most commonly, cancel culture comes from political beliefs and looks when someone has a strong opinion on the victim’s looks or thoughts.

Then there are demands to “cancel” the individual, effectively ending their career or robbing them of their social life. To many people, publicly demanding accountability and then boycotting if nothing else works has become an essential tool of social justice – a way of combating some of the massive power imbalances that often exist between public figures with large platforms and audiences.

According to statistics taken by Morning Consult in July 2020, 54% of respondents said that they were concerned that if they expressed their opinions online, they would be banned or fired. Another statistic from the Harvard Center for American Political Studies and the Harris Poll shows that 64% of respondents saw cancel culture as a threat to their freedom.

Cancel culture takes away our freedom of speech and our freedom to express ourselves truly. The fear of being called out or canceled prevents people from showing who they are and essentially forces them to pretend to be someone they’re not. Cancel culture can also be a way of gatekeeping – the activity of controlling or limiting someone’s general access to something-something from a specific group of people.

A relevant example of cancel culture occurred recently and was all over social media. Morgan Wallen became especially popular in 2020 for releasing his country song, “Whiskey Glasses.” Wallen was canceled when a video was released to social media of him saying a racial slur outside of his own home. Wallen was suspended from his record label, banned from any American Country Music Awards, and was removed from every major country radio station. Even after Morgan Wallen posted a lengthy apology video, he still lost millions of listeners and ruined his chances at millions of dollars.

Cancel culture can be a form of reasonable punishment for someone doing something terrible but not illegal. Still, it can also be a form of harassment based on someone’s opinion. The irrelevant need to call out an individual for something highly based on what someone thinks doesn’t do anything useful. It needs to stop. It causes suicide, fear, even physical violence. Many people have gotten their addresses leaked on social media, where they go to school, etc. Cancel culture is dangerous, and if you don’t have something relevant to say, don’t say it.