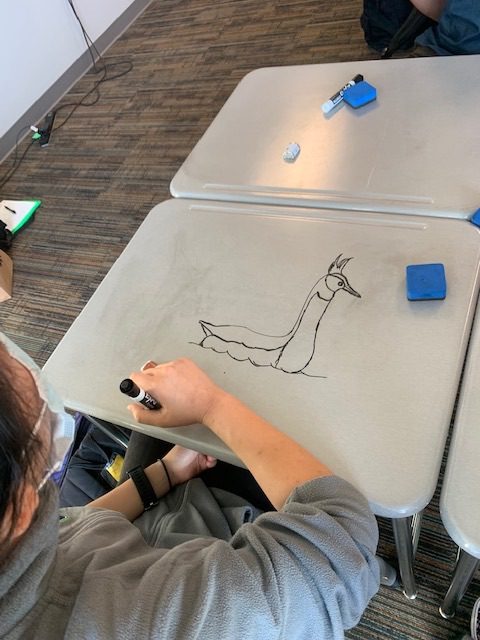 If you love birds, Ornithology Club is the club for you! Photo from A. Ciliano.

Anna has a passion that she would like to focus on, public education of bird conservation. So, she started this club in hopes of doing just that. Ciliano wanted the club to take a closer look at the science of birds, discuss their anatomy and behavior, and appreciate birds as a species. So far, Ciliano says that the club’s priority is to educate members about these topics so that the club can educate our community as a whole.

When interviewed, Anna said, “For my own career, I want to become an Ornithologist and study birds of prey. Those are eagles, vultures, owls, hawks, falcons, and such.”

The club’s advisor, Mrs. Beach says that she loved the idea of an Ornithology club when Anna first came to her mostly because she seemed very interested in birds and very educated about it.

“I think the activities planned are super interesting and Anna’s working on developing interactive activities as well,” Mrs. Beach said. According to the trusty advisor, the club’s doing great and will only go up!

Anna tells us that the plan for the next couple of meetings is going to be a variety of presentations on basic bird anatomy, bird songs, and raptors. She also says that the members of the club might get to see a guest Ornithologist later on in the year!

The club often holds fun contests between members if anyone would like to drop by. Anna says that any student is free to stay for a meeting or consecutively for as long as they like!