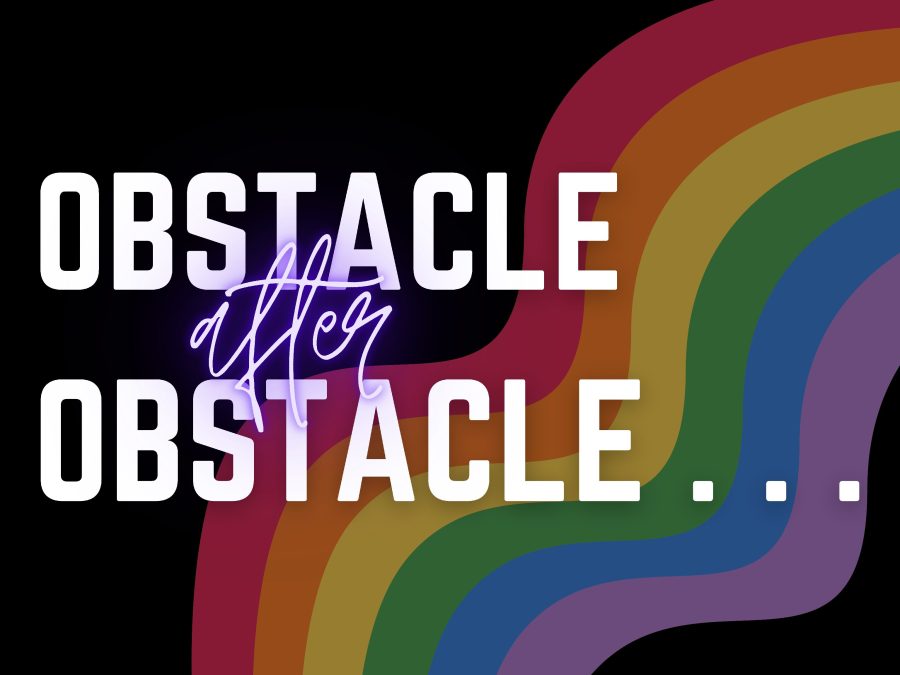 A never-ending struggle for LGBTQ+ youth. Graphic by K. Peechu

In a strikingly similar move to Florida’s “Don’t Say Gay” bill, a Georgia Senate bill called the Common Humanity in Private Education Act has been introduced this week, striving to prohibit the discussion of sexual orientation and gender identity in select private school classrooms.

Sponsored by ten Republican state Senators, the Act states that, “[N]o private or nonpublic school or program … shall promote, compel, or encourage classroom discussion of sexual orientation or gender identity in primary grade levels or in a manner that is not appropriate for the age and developmental stage of the student.”

The bill being introduced on the same day as Florida’s own Parental Rights in Education bill has sparked alarm in the LGBTQ+ community and its allies, but many pointed out that the chances of the legislation advancing onwards were slim, as the last day for the bill to get out of committee was March 9th, and the state Senate’s Education and Youth Committee was not scheduled to meet on that day. However, other parts of the bill could be passed on to a different amendment or legislation, meaning that the battle to restrict LGBTQ+ discussion in schools is far from over.

On Twitter,  Anthony Michael Kreis, a law professor at Georgia State University, has shared similar sentiments, writing metaphorically, “The danger is lessened given the timing, but nothing is final ’til the gavel comes down on sine die. Beware the Christmas Tree Bill at the last hour.”

Georgia Equality, an LGBTQ advocacy, was also concerned about the “dangerously vague provisions” in the bill, stressing that, “The Georgia Don’t Say Gay bill is government sanctioned censorship disguised as nondiscrimination,”

Like Florida’s Don’t Say Gay bill, there are different sides and individuals who spoke up about their opinions on the matter of the Common Humanity in Private Education Act.  Burt Jones, the bill´s co-sponsor and potential president of the Georgia state Senate, declared, “No teacher should be promoting gender identity discussions with small children in a classroom setting — which is exactly what this bill says and why I support it.”

There are also statesmen opposing the bill and its implications, such as Representative Matthew Wilson (D), who is openly gay and has criticized the GOP for using LGBTQ Georgians as “piñatas to bash in [their] campaign ads.” He wrote in a response to the introduction of the Act, “Your performative cruelty won’t erase us.”

The bill is alike in many ways to Florida’s “Don’t Say Gay” bill and the other numerous variants, but one glaring difference is that the bill specifically targets the idea of private schools that have adopted programs based on “critical theory” causing “[them] to segregate students, staff, and parents by ethnicity, color, race, and origin.“

Critical race theory is not mentioned explicitly, but the legislation strongly hints at its alleged use in some classrooms. The idea addresses systemic racism in the United States, which has been repeatedly condemned by conservative politicians in an ongoing political debate, who argue that the movement intends to place undeserved guilt on white students.

Georgia’s bill proclaims that this “critical theory” in schools has encouraged “students to adopt language and attitudes that promote racial division and discrimination.”

Georgia’s Don’t Say Gay bill may not have succeeded in its endeavor this time around, but its political insinuations suggest a new impending battle for LGBTQ+ youth.