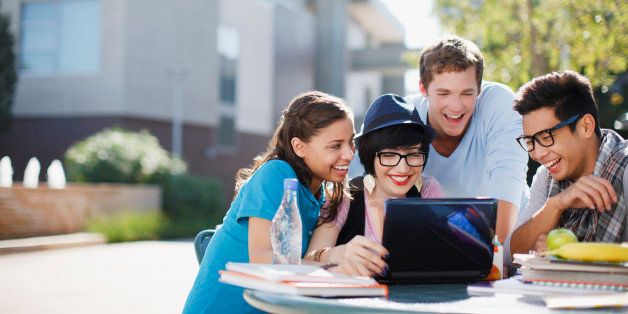 Have you ever heard the phrase “Practice makes perfect?” I’m just going to go ahead and guess you have. This is because the brain goes through a process called pruning, which basically means that if you don’t practice a concept enough, you will forget it. This is why you have homework, which lets you practice the many concepts you have learned through the school day.

A school is a safe environment that helps people learn and socialize. Schools are the main reason why your brain gets bigger and stronger, especially the cerebral cortex which is the most “human” part of the brain because it is related to the things that differentiate humans from other mammals. In the adolescent brain is a thing called neuroplasticity which, according to The Washington Post,  lets you learn new skills from schools such as the ability to have a longer attention span. It also seems that the brain is more focused in school. A study was conducted by Gavin Brod and Yee Lee Shing showing that children who took a hands-on test in the beginning of kindergarten and the end of kindergarten, it showed that the attention span of kids at the end of kindergarten increased significantly from when they first took the test along with a number of other skills.

Some people think that schools are the cause of depression, anxiety, and other related problems. However, this is not true, as many people who have depression look back on their highschool years as a structured place that provided them a “…supportive environment to mess up,” and “…A place to cope with their depression” according to the HealthExperienceUSA. Other people from the same source spoke about how schools gave them distractions to not think about their depression and a sense of purpose. People who did not seek a higher form of education after high school regretted not doing so and said that it was a missed opportunity. Several people who went to college with their depression described the relief of being able to seek treatment by themselves without their parents doubting that they needed further treatment according to the HealthExperienceUSA.

The way you learn in school is a repetitive process of practicing a concept over and over again, and is currently the best method known to learn. Remember how to use the discriminant of a quadratic equation? Of course you do, that’s because you had to finish a packet on it yesterday.

Schools ultimately benefit your brain even if you are tired of waking up at 6:00 am in the morning every day. In the end, you will gain more knowledge each day you go to school, and with more knowledge comes better decision making. Overall, school is a positive experience that helps your brain grow stronger. Even if some people think school negatively impacts you, it is ultimately what you make of it, it could be good, bad, or both.