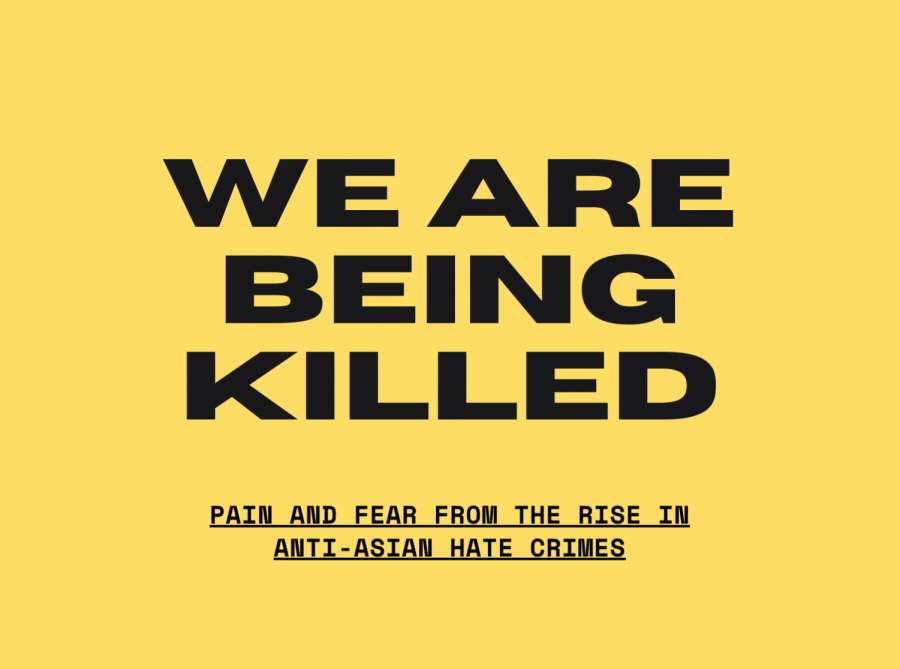 “The opposite of love is not hate, it’s apathy. Silence erases our humanity.” – Amanda Nguyen

Why Aren’t We Talking About the Rise in Anti-Asian Hate Crimes?

“Sometimes I wonder if the Asian American experience is what it’s like when you’re thinking about everyone else, but no one is thinking about you.” – Steven Yeun

Asian Americans are being killed and attacked.”

Vicha Ratanapakdee, an 84-year-old Thai man, was murdered on January 28th after being pushed to the ground during a walk in San Francisco. Only three days after, a 91-year-old, 60-year-old, and 55-year-old all required medical attention following physical assaults by one person in Oakland, Chinatown. Then on February 5th, 61-year-old Noel Quintana’s face was slashed in the NYC subway. Due to the deepness of the wound he was no longer able to speak, but not a single person helped him. On February 10th, a man was beaten and robbed of $15K at a bank, left with an injured leg and a bloodied head.

These incidents are not occurring in isolation. In 2020, 2,808 firsthand accounts of hate crimes were reported to the Stop AAPI Hate reporting center, 2,600 of them coming from between mid-March and early August. Furthermore, xenophobia, sinophobia, and yellow peril has existed since the beginning of this country.

Yet, it was not by reading the news or keeping up to date with leaders in power in which I learned my community was being killed, but through my niche following of Asian-American news sites, activists, and celebrities on social media. Because on the news, the Mayor of NYC, Bill de Blasio, was saying, “We can talk about facts and encourage the people to understand the facts, or we can just create fear for the sake of fear. We choose the former.” While the city he leads has experienced a 1900% increase in the number of anti-Asian attacks in the past year. Because on the news, they have silenced the murder of Ratanapakdee, the robberies in Chinatown, and the fear and pain we feel as an Asian American community as we approach the Lunar New Year. And we ask the country like Amanda Nguyen, “How many more people need to be killed in order for the media to think we are worthy of a story?”. Because in America, Asian Americans continue to be dismissed as the model minority. We are only mentioned when used as a racial wedge to push down Black and Brown Americans. We are only praised when we continue to keep our heads and our mouths closed about the attacks against our community.

To my non-Asian community, please stand with us. Say the names of Vicha Ratanapakdee, Vincent Chin, Christian Hall, and Ryo Oyamada. We can hear your silence. Remember Ngyuen’s words, “The opposite of love is not hate, it is apathy.” We are tired of being gaslit and bullied; we are ready to be loved and listened to. Please speak up.

And to my Asian American family, let’s keep clear: our enemy is white supremacy. We will not pursue the anti-Black narrative that white supremacy wants us to pursue: fighting against each other over $1 bills, while white supremacy holds chambers of gold. We will not stand for policing solutions and the system that killed Christian Hall and Ryo Oyamada. We can write a new narrative in which we educate our communities about the friendship of Malcolm X and Yuri Kochiyama, the Vietnamese and Black communities in New Orleans East, the Third World Liberation Front, the Buffalo Soldiers and the Philippines, and more. We do not have to be invisible like we too often feel. We are allowed to hurt and take up space in our country. We are human too.