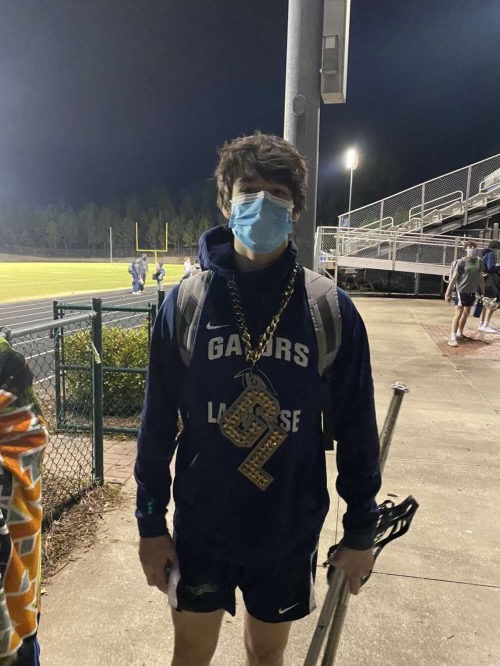 Hello Playoffs! For the first time in Green Level history, the Lacrosse Team has clinched a playoff birth. The path to the playoffs went through Green Level’s two biggest rivals: The Green Hope Falcons and the Panther Creek Catamounts. The Gators won both games to clinch a berth. A recap of the two rivalry games is below.

Congratulations to Green Level Men’s Lacrosse, and we know there is more to come! 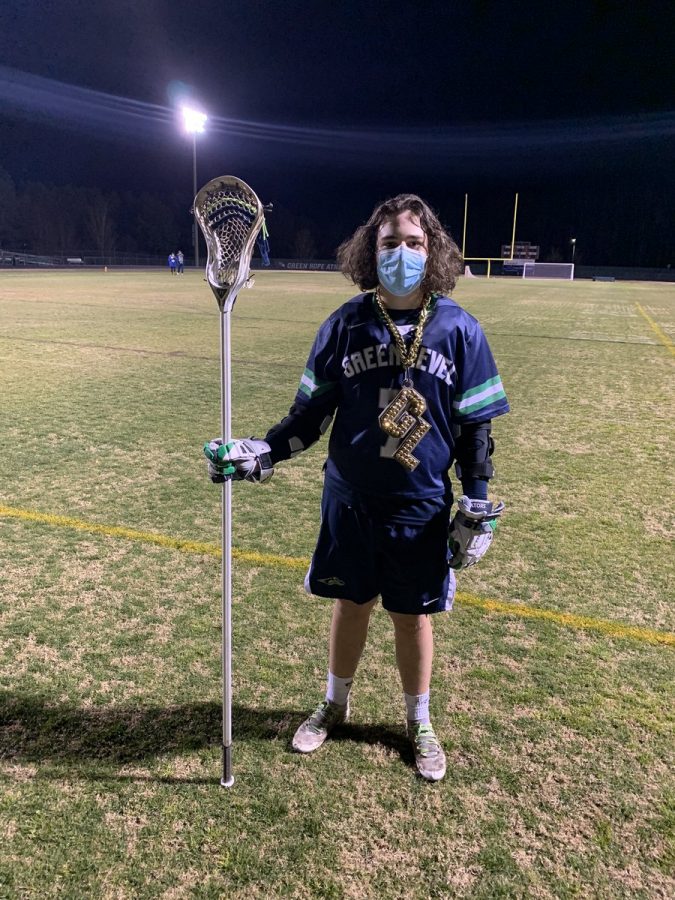 Friday night’s game against The Green Hope Falcons was action packed and very exciting. Both teams came out wanting a win which led to a hard fought battle.

The second quarter, the Falcons picked up their pace a little bit and were able to get four goals on the Gators. Thankfully, the Gators were able to tie up the score by the end of the half making the score 4-4.

The Gators came into the third quarter with a chip on their shoulder, wanting to redeem themselves and beat Green Hope. They managed to not let the Falcons score any goals while scoring one themselves, making the score 5-4.

In the last quarter, the Gators finally started playing good lacrosse. They were able to get three well placed goals. The final score was another Gator win, 8-4 bringing the Gator’s record to 8-1.

Honorable mentions from this game go to Ethan Harrington and Austin Hyrn. Ethan is a Junior defenseman who always steps up when his team needs him. He performed very well in tonight’s game playing solid defense and making some big checks. Austin is a freshman middie who consistently scores many goals. Tonight he had a hat trick and an assist. Austin is a very valuable player to the Gators and you can always count on him to score goals when needed.

Monday night’s game against the Panther Creek Catamounts was hard fought by both teams. With this win, the Gators advanced to the playoffs for the first time in their history.

Going into the third quarter, the Gators were fired up and wanted to finish this game in the first five minutes of the quarter. They managed to do so, grabbing five quick goals on Panther Creek, while holding them to only one goal, making the score going into the fourth quarter 11-5.

In the fourth quarter, Green Level managed to secure their win. They scored two more goals and even though the Catamounts were able to get four goals, the Gators came out on top. The final score was 13-9, another Gator win.

Honorable mentions for tonight’s game go to Dean Hyrn and Xavier Ridout. Dean Hyrn is a Junior attackman who always puts points up on the board. Tonight, he had two impressive goals, aiding the Gators in their huge win over the Catamounts. Xavier Ridout is a Junior middie who got his first goal of the season tonight. Off of a pass from Freshman, Max Sullivan, Xavier scored his great goal.