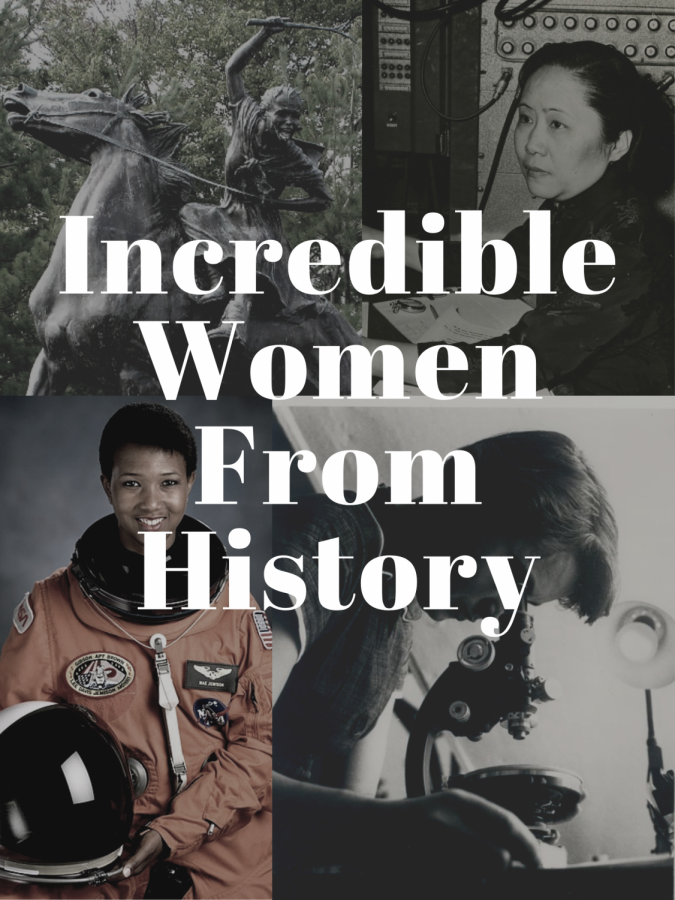 Graphic made by C. Cai

To honor the end of Women’s History Month, let’s take a look at seven underappreciated but awesome women you probably never learned about in school!

Paul Revere may be known for his heroic Midnight Ride, but 16-year-old Sybil Ludington had to ride more than double the distance he did to deliver her warning. The night of April 26, 1777, Ludington rode almost 40 miles to warn the Patriots that British troops were rapidly approaching. It’s said that she even received the gratitude of General George Washington himself, who personally went to her home to say his thanks.

Wangari Maathai, a Kenyan ecologist and passionate environmentalist, was the first black woman to win the Nobel Peace Prize. In 2004, she was honored for standing at the front-lines to fight for sustainable methods of development in Africa. Maathai created the largest reforestation campaign in Africa, the Green Belt Movement, and she has been awarded the title of “Hero of the Planet” from Time Magazine.

Dr. Chien-Shiung Wu was a Chinese-American physicist who worked on the Manhattan Project, where she conducted research on radiation detection and uranium enrichment. However, Wu is best known for her contributions disproving the Law of Conservation of Parity (which states that the laws of nature are not biased in a specific direction). Despite Wu’s key role, only her two male colleagues earned the 1957 Nobel Prize in physics for the discovery. Wu later received multiple awards for her work, including the first Wolf Prize in Physics in 1978.

A physician, engineer, and astronaut, Mae Jemison travelled to space with the Space Shuttle Endeavour crew in 1992, becoming the first African-American woman to voyage beyond our planet. Even though she was afraid of heights, she still managed to log over 190 hours in space!

In 1960, Wilma Rudolph became the first American woman to win three golds in track and field at the same Olympic Games. Many hailed her as “the fastest woman in the world.”

In addition to her athletic victories, Rudolph was also an avid civil rights advocate, and refused to attend a segregated homecoming parade even though it was in her honor.

Rosalind Franklin was an English chemist and crystallographer who is best known for her key contributions to the discovery of the structure of DNA. She led a research team in the study of DNA’s structure, but her ground-breaking image of DNA was taken by Maurice Wilkins and used without her permission and without crediting her. Franklin ended up building the foundation of modern virology before passing away shortly after, and Wilkins and his partners later won the Nobel Prize in 1962 for their “discovery” of the molecular structures of DNA without even mentioning Franklin’s essential contributions.

Margaret Hamilton was an American computer scientist and one of the first software programmers. She led the team that developed software for the navigation and control systems of the Apollo missions to the Moon, and played an important role in the success of the Apollo 11 mission. Thanks to Hamilton and her team’s skills, astronauts like Neil Armstrong were able to safely travel to the Moon and back to earth.