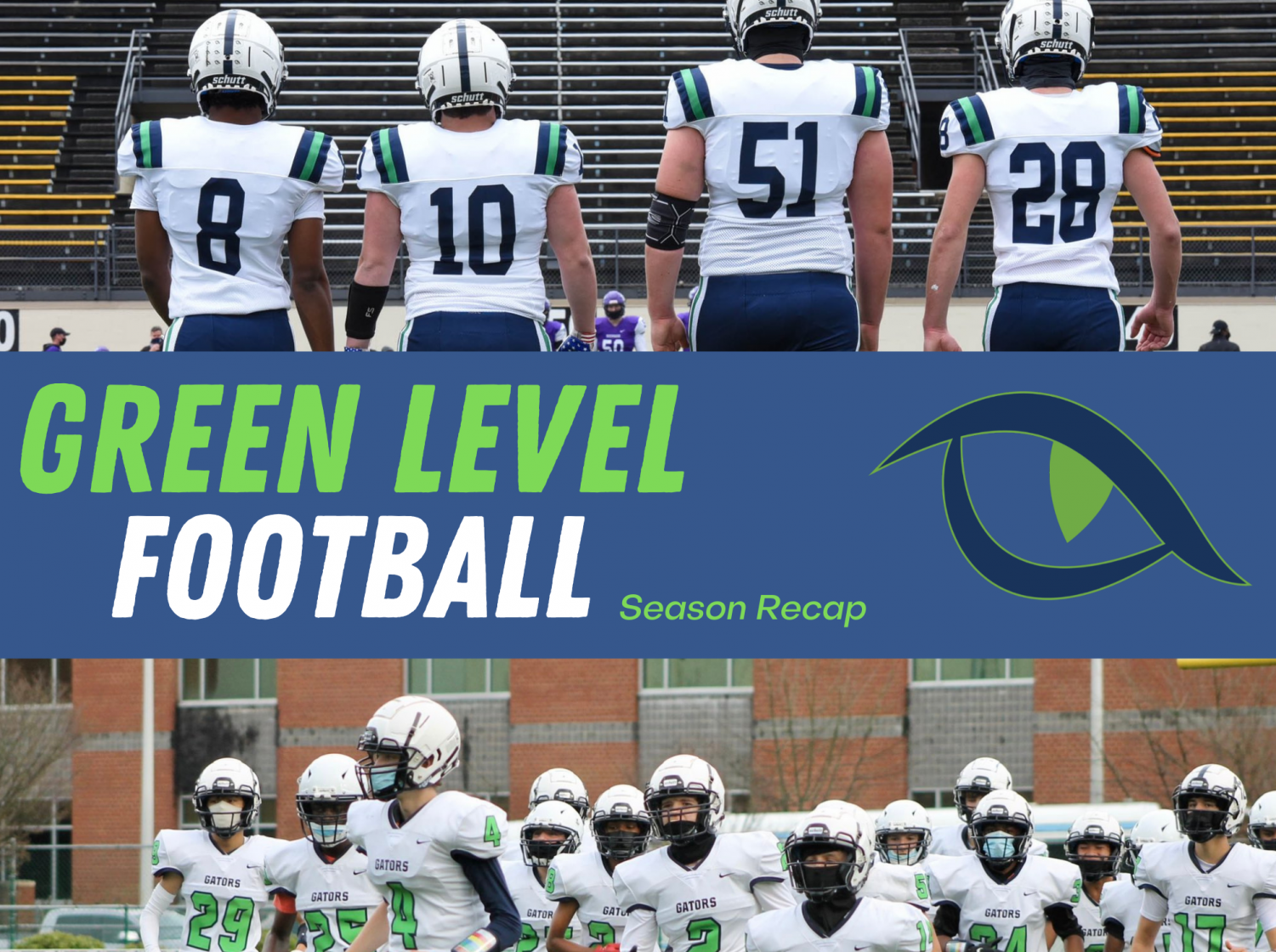 An unusual season has come to a close.

An unusual season has come to a close.

After a COVID-19 filled year, with football being delayed months later than it was supposed to start, the Green Level football season came to a close this April. With enforced rules and limited fans allowed, the Gator football teams faced a tough challenge this year, in which they battled hard on the field.

The JV team ended their season with an 0-6 record, falling short in a few close games this season. “I’m proud of the team’s dedication and resiliency,” Head Coach Ben Goudeau said. “[They] stayed the course and continued to improve, which will help us transition into our first season with a full 9th-12th program.”

In their inaugural season, the Varsity Gators did not back down. They earned the first ever varsity football win in school history on February 26th, defeating Riverside-Durham. The varsity team finished with a 1-4 record to end the season.

They faced many delays due to COVID-19 and were only able to allow a limited capacity of fans for the first season of the program, but they didn’t let that make them back down, Coach Goudeau explained. “Obviously it’s not the way we had envisioned our inaugural varsity season, but we were willing to do whatever it took to play.  We emphasized that the guidelines and schedule changes were completely out of our control, and once we stopped thinking about the negative, we were able to focus on improving ourselves.”

Coach Goudeau and Green Level Football have their eyes set towards next season, looking to get stronger and better. “It’s extremely challenging to play JV and Varsity football without a senior class.  Our guys learned just how difficult it is to win at both levels this season.  We return all of our players and their experience this season will be advantageous for us as we prepare for the fall.  While other teams are going through changes, we will continue to progress with the same guys and same program structure.”