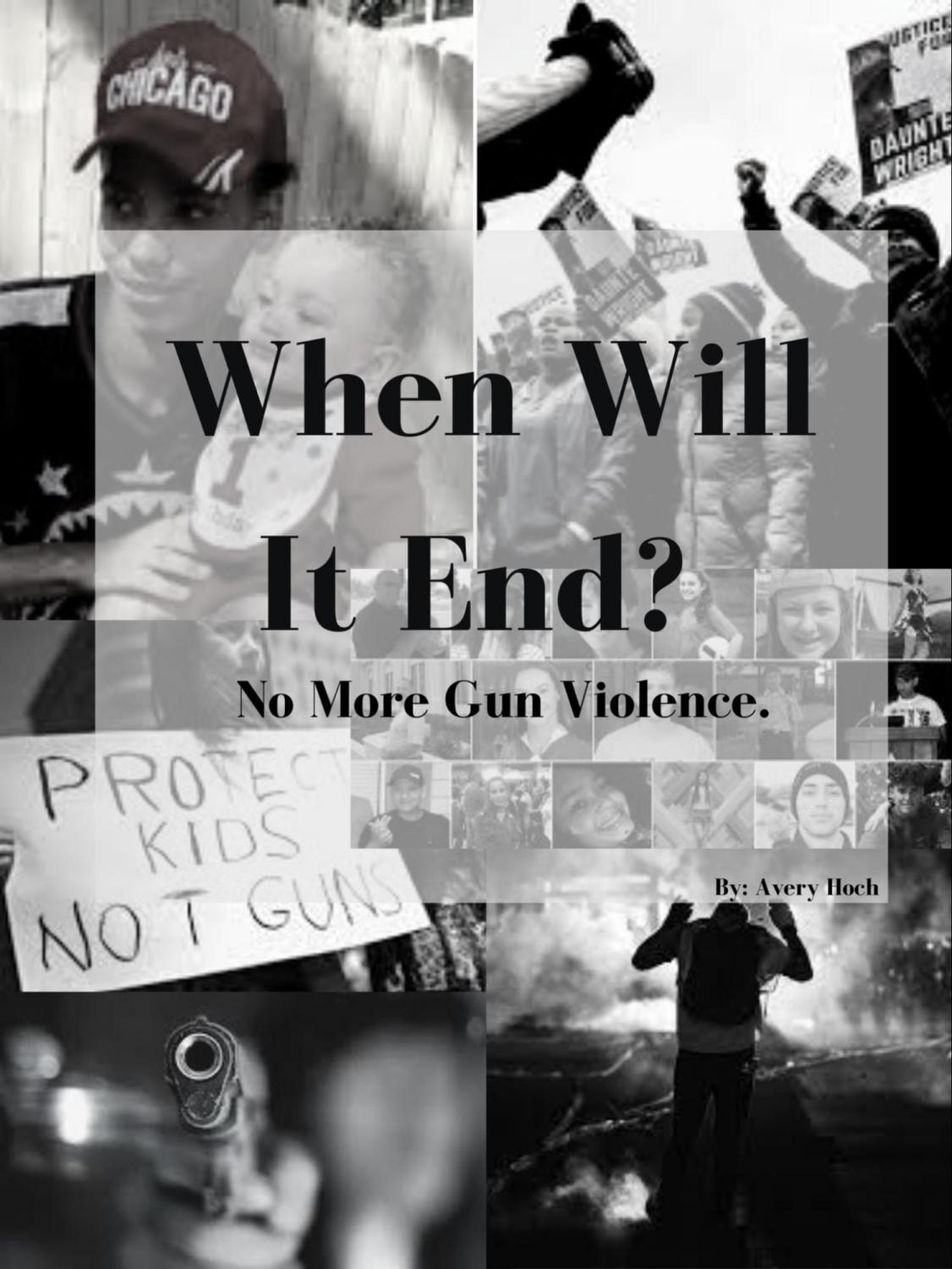 On Monday, April 12, police responded to a report of an armed student in Knoxville Tennessee. This resulted in a struggle that left 1 student dead and an officer injured. On April 11, 2021, Daunte Demetrius Wright, a 20-year-old African-American man, was fatally shot by police officer Kim Potter during a traffic stop in Brooklyn Center, Minnesota. Yesterday, at least 8 people were shot at a FedEx facility where a gunman opened fire before shooting himself. Today, we practice lockdown drills in the event that maybe our school is next. Today, we mourn another life lost to gun violence. Today, we are scared.

How is it that these “accidents” keep occuring? How is it that we are confusing guns for tasers and highschool age students are having access to military level weapons? Each question has one answer. Guns. Gun violence, gun control, gun responsibility, and gun fear. I wish this wasn’t the answer.

I believe that the root of this problem starts with children. Kids are growing up playing video games as active shooters, running around with plastic revolvers, and watching movies where their favorite character carries an AK-47. Guns are not toys, they are weapons.  Weapons that can take someone’s life in a matter of seconds. Why are children being raised to praise such a deadly device?

Guns are everywhere. The United States has 120.5 guns per 100 people, or about 393,347,000 guns, which is the highest total and per capita number in the world. In addition to normality, accessibility is a huge leading cause for gun violence. In the United States, the second amendment of the constitution gives Americans the right to bear arms. An article from Pew Research Center says that three-in-ten American adults personally own a gun and most say the right to own firearms is essential to their own personal sense of freedom. The increase in guns has also caused an increase in deaths. In 2020 alone, a total of at least 19,223 people lost their lives due to gun violence. Guns were the leading cause of death by homicide (67.7% of all homicides) and by suicide (51.8% of all suicides.)

Another interesting point made by Pew Research Center is the relation to gender and race when it comes to gun ownership. It was reported that about half of white men (48%) say they own a gun. Whereas about a quarter of white women and nonwhite men (24% each) own guns, along with 16% of nonwhite women. The main reason for this could be the connection between guns and masculinity which has forever been relevant.

Many people debate that guns are not a problem in the United States, and do more good than harm. Guns are seen as a sense of safety for families and homes all over, they rely on these weapons to exercise their right to self defense. They fear that stricter gun laws will make it more difficult for them to protect themselves. It is also argued that the guns themselves are not the cause of gun violence, but the people themselves. With required background checks, it is assumed that dangerous people cannot get a hold of a firearm. The fascination and obsession that surrounds guns and the power they give a person has made them desirable and addicting.

However, even with these background checks and regulations, the system is flawed. Under the Brady Handgun Violence Prevention Act, current federal law requires licensed gun dealers to conduct a background check prior to completing a gun sale in order to ensure that the purchaser is not disqualified from gun ownership under state or federal law.  Currently, individuals who have been convicted of a misdemeanor crime of domestic violence or subject to a domestic violence restraining order are barred from buying guns.The system has been broadly effective, preventing more than 3 million sales to prohibited purchasers since its implementation in 1994.6 However, the current system contains serious flaws that allow guns to continue to be sold without background checks. In fact, As much as 40% of all gun sales are undocumented private party gun sales that do not require a background check.

We need to do something to stop gun violence. Too many homicides, suicides, mass shootings, etc are being pushed away and brushed off. This is not normal. These death rates are not normal. Better background checks need to be made, people need to be more responsible, and these deadly weapons shouldn’t be as easy to buy as candy in a convenient store.